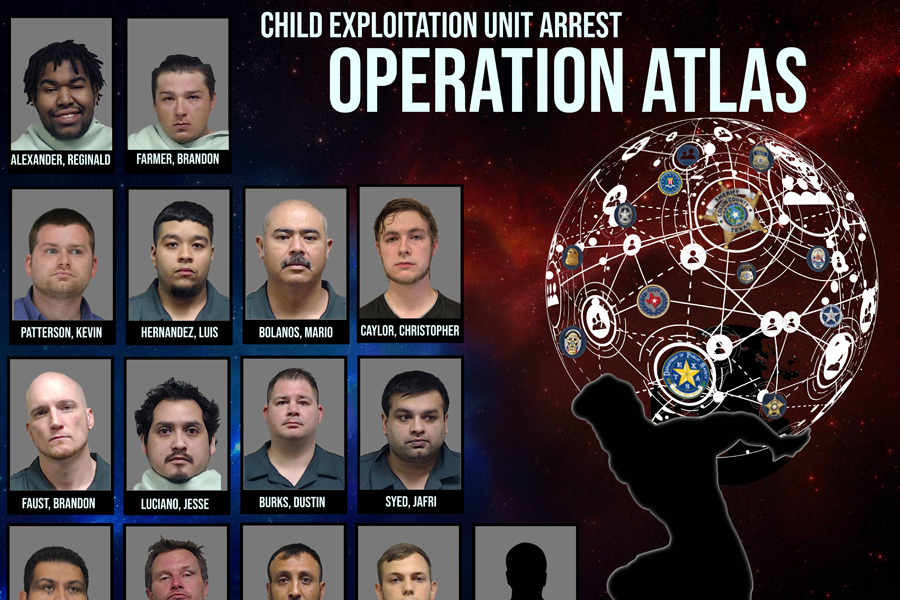 Collin County residents can rest a little easier after a joint online predator operation resulted in 15 individuals being arrested for online solicitation of a minor.

From April 10 through April 12, the Collin County Sheriff’s Office, along with the Texas Department of Public Safety, conducted the online sting operation that directly targeted those who prey upon children.

“Investigators from 14 different federal, state, and local law enforcement agencies participated in Operation Atlas and their results were nothing short of phenomenal,” the Collin County Sheriff’s Office released in a statement.

Investigators executed numerous search and arrest warrants, along with rescuing a child victim in Arkansas. Investigators believe this child was used in the production of child pornography. In addition, investigators seized a large number of electronic devices utilized by these suspects to commit their crimes, which will undergo further forensic examination and additional arrests are expected.

“These criminals go to great lengths to hide their true identities as they seek to exploit our children using the worldwide web. The talent level, experience, and dedication of the Investigators and Analysts who worked on Operation Atlas are extraordinary and their ability to root out these criminals should be commended. There is no way to estimate the number of children saved by their efforts,” Collin County Sheriff Jim Skinner said.

“This operation serves as an excellent example of the type of success that routinely occurs here in North Texas when law enforcement agencies work together – in this case to protect our most precious resource, our children,” Skinner said.

With all the ups and downs of 2020, there were only ups for the Wylie Preparatory Academy Patriots in their first game against Legacy Classical Christian Academy Lions on Saturday, Sept. 12 at Uland F
View on Facebook
·Share