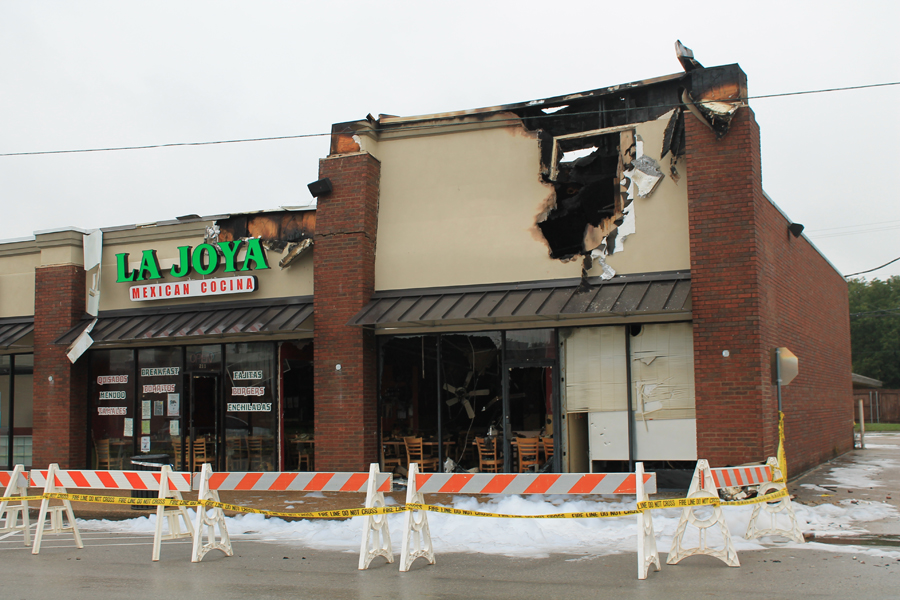 Wylie Fire Department works to repair the damage to La Joya, a Mexican restaurant in downtown Wylie. A fire broke out shortly after midnight on Oct. 25, causing extensive damage to the building. 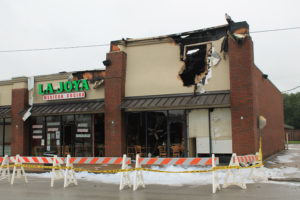 A passerby who spotted fire coming through the roof shortly after midnight initially called in the fire, according to Wylie Fire Chief Brent Parker.

The departments were able to contain the fire to La Joya only, including the space that was previously Mr. Jim’s Pizza. Fire breaks are periodically placed between buildings in the downtown area to help aid with fire protection.

“They did a good job containing the fire so it didn’t spread to adjacent buildings,” Parker said. Firefighting foam was used to help cool the fire and coat fuel sources in order to help contain the fire. Fire crews remained on scene until around 5 a.m.

Preliminary information released by Fire Marshal Steve Seddig indicates the fire started due to an electrical malfunction above the ceiling and was accidental in nature.

“We are bringing in a structural engineer to see whether the building is salvageable at this point,” Seddig said.

With Boo on Ballard scheduled to take place tonight, safety is paramount and a chain link fence with barricades is being placed around the structure to allow the event to continue as planned.

For more information about this story, see the Oct. 31 edition of The Wylie News.