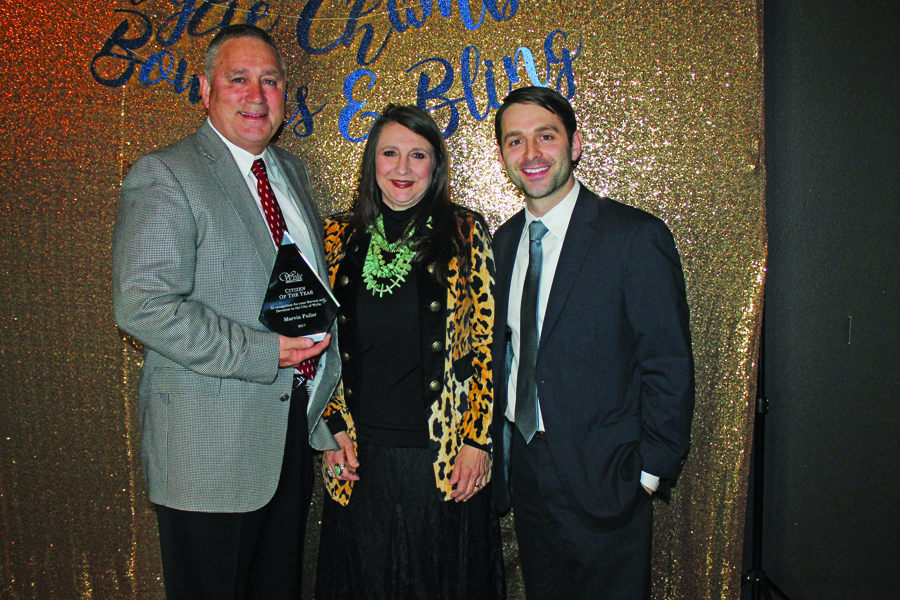 Longtime Wylie civic leader and banker Marvin Fuller was named Citizen of the Year last week at the Bowties and Bling 41st annual awards banquet of Wylie Chamber of Commerce.

On tap for the event were announcement of awards for community service, fundraising auction, gift giveaways, recognition of retiring chamber directors and a meal catered by Napoli’s Italian Restaurant.

The chamber announced its two annual awards, Citizen of the Year and Business of the Year, which went to Lawyer’s Title. A number of awards from Wylie civic organizations also were presented.

“This evening is about recognition and honor,” Chamber President Mike Agnew said in his welcoming remarks.

For the full story see the April 11 issue or subscribe online.