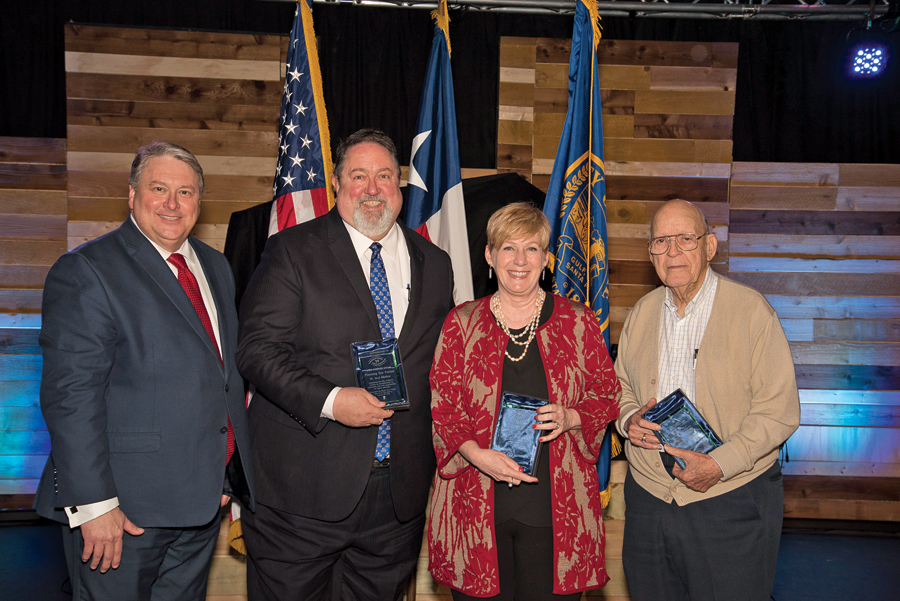 In reviewing the successes of the city of Wylie in 2017, Mayor Eric Hogue dedicated a part of his annual State of the City address to honoring three individuals for their contributions to the past, the present and the future.

The address was given Tuesday, Feb. 27, at a luncheon hosted by Wylie Chamber of Commerce.

Along with honoring the three individuals, Hogue unveiled a new city logo and revived a past slogan of “Wide Awake Wylie” that aptly applies to the community’s approach to growth and quality of life.

“From Wylie’s earliest days, through growth, through changes in leadership, through tough times and prosperous times, Wylie’s collective heart has continued to beat with love and with strength,” the mayor declared. “As we move forward, we will not forget those who came before us, creating a town where there was none, improving it with each passing year, and laying the foundation for those of us who enjoy living and working here today.”

The reveal of the new logo, a bold, green and blue “W,” and revival of the “Wide Awake Wylie” was hinted in a video produced by the city public information department, Craig Kelly and Judy Truesdale, in which Kelly interviewed citizens to get their reaction to the slogan.

Kelly explained recently to the city council that the new “W” is bolder and works better in social media applications. It will replace a script “W” used for 20 years, but not the official city seal.

“Our city’s mission statement is “Honoring our past, embracing our present and planning our future,” Hogue pointed out. “Each time we say we’re ‘wide awake,’ we are honoring out past, tipping our hat to Wylie’s earliest days.”