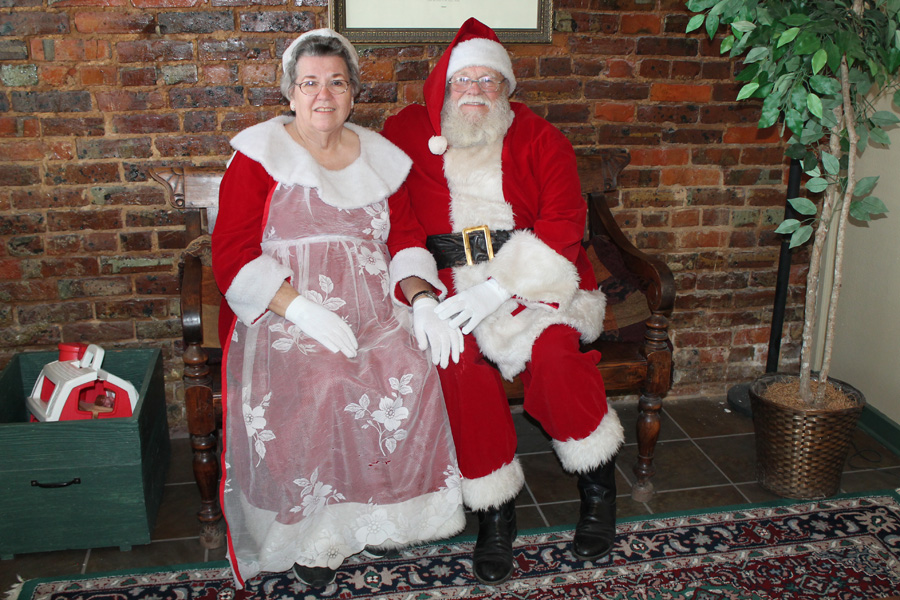 For the past 17 years, Ada and Robert Massey have brought cheer to the Christmas holidays as Mr. and Mrs. Santa Claus.

Playing Santa is a seasonal calling

Christmas is a special time of the year, but for Robert and Ada Mooney of Wylie the season is doubly special as they don their red and white suits to bring holiday cheer as Mr. and Mrs. Santa Claus.

Robert made his first appearance as Santa about 17 years ago when he was asked to ride on a firetruck in the Wylie Christmas Parade, and Ada joined him the next year.

“We do it, not for the money but for the joy of seeing the kids,” Ada said. “It’s an experience I wish everyone could have because of the connection with kids.”

Robert recalled that the first time he put on the red suit, he rode on the front bumper of a firetruck in the Christmas parade in Wylie and noted that the fire chief made him ride in the truck for safety the next year.

For 15 years he appeared in the parade as Santa, and added the Wylie Arts Festival, but the couple was replaced for 2017. However, their calendar is full this season with appearances in neighboring communities.

“If somebody calls and our schedule is open, we do it,” Ada said.