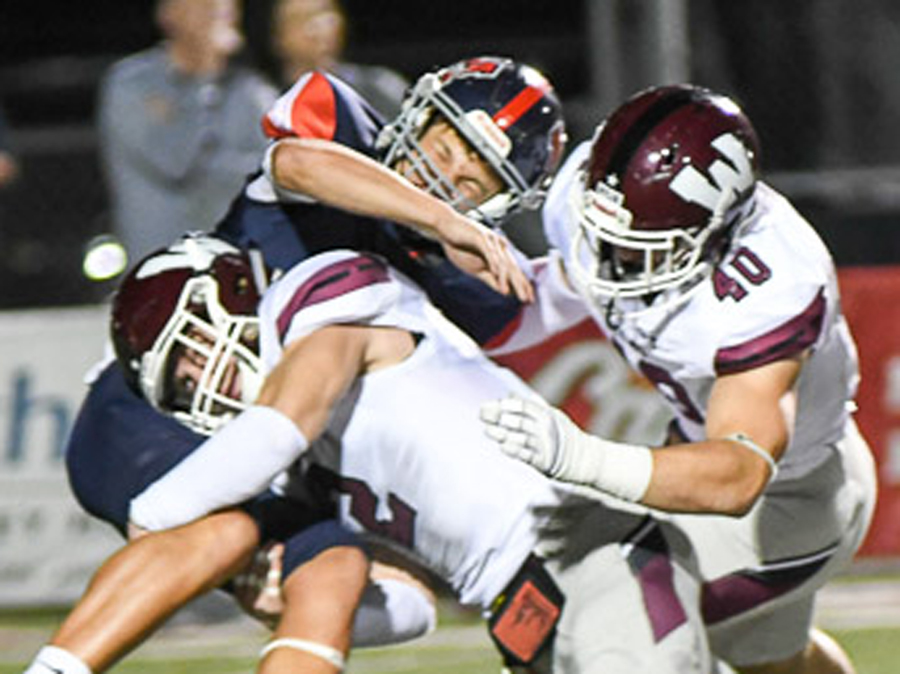 Pirates aim to turn things around Friday against Plano West

The Pirates have dug themselves something of hole in district competition, but it’s not so deep that they can’t get out.

The good news is Wylie’s next foe is Plano West (0-2, 0-5), a team that’s struggled this season and one that’s coming off a 59-0 loss to Allen. Friday’s contest will begin the Pirates’ second half of the regular season.

The Wolves could be the cure to what currently ails Wylie, but the Pirates must still show that on the field, a place where they have been erratic all season long. A victory over West would leave Wylie at 1-2 in 6-6A, meaning they’ll likely need to win three of their last four games: Oct. 20 at Plano, Oct. 27 at home against Denton Guyer (homecoming), Nov. 3 at McKinney and Nov. 10 at home versus Allen.

This past Friday, the Pirates gained 244 yards against the Broncos, but did hold their foe to 266.

However, the Pirates also turned the ball over four times, two fumbles and two interceptions.

(To view the entire article, check out the Oct. 11 issue or subscribe online)