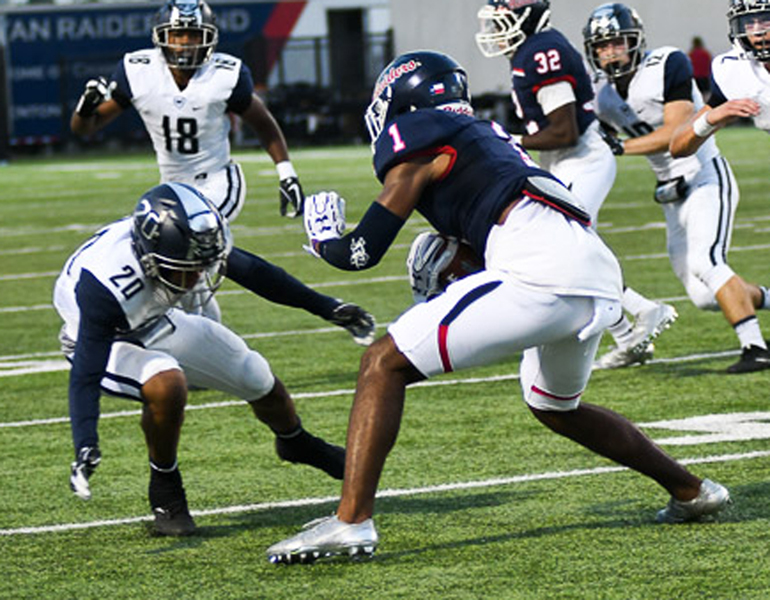 Cedric Gooch gets in the path of a Ryan runner during the Sept. 14 contest in Denton.

An important one took place last Thursday at Denton Ryan, where the Raiders fell 48-22 to one of the best 5A teams in the state. Over the course of those 48 minutes, the blue and white learned just how good 5A football can be, and what’s needed to compete at that level.

Hopefully, the learning will pay off this Friday at Forney’s City Bank Stadium, where East opens 15-5A competition against an unbeaten and veteran North Forney team.

The Falcons are coming off a 56-15 smashing of Spruce to close out their non-district season, a contest in which running back Calvin Ribera rushed for 140 yards and two touchdowns on 18 carries, while teammate Jacob Soto also scored two touchdowns on five carries. The Raiders surrendered just 91 yards rushing at Ryan, but did give up more the 290 yards passing.

(To view the entire article, check out the Sept, 20 issue or subscribe online)