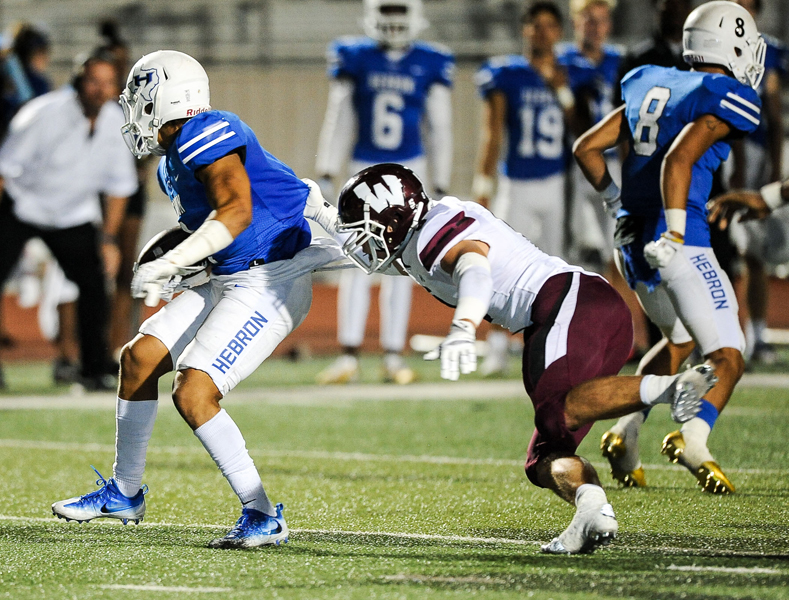 Chance Miller reaches out to bring down a Hebron ball carrier.

PLANO — The Pirates showed much improvement during Week 2 of the 2017 season. However, there is still a lot of work remaining.

As they head into this Friday’s home opener against Lake Highlands, the maroon and white sports an 0-2 record following a 35-27 loss last Friday at Hebron. It was a contest that saw Wylie come up with many big plays, give up some and then fight to the end, as the game was not decided until there was no time left on the clock.

“We’re getting better,” head coach Bill Howard said. “We’ve got talent. We’ve just got eliminate the mistakes. That Hebron team is really good ball club, but we should have won tonight.”

(To view the entire story, check out the Sept. 13 edition of The Wylie News or subscribe online)