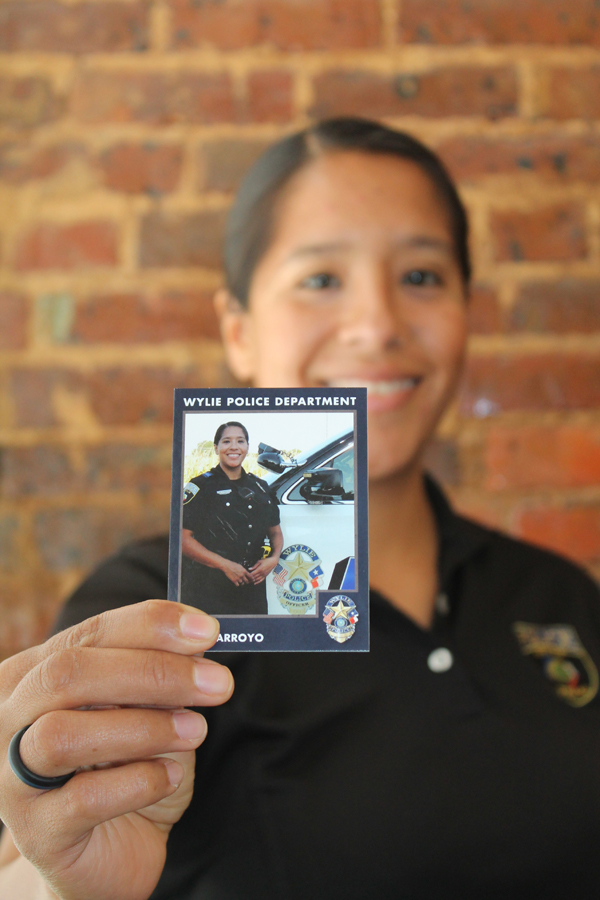 Wylie Police trading cards, of themselves

Wylie Police Department officers now have something in common with professional athletes, their own trading cards that are handed out on request and at community events.

The trading card project was put together by Officer Nuria Arroyo, the community relations and crime prevention officer, on a request by Chief Anthony Henderson. With persistence, children in Wylie could collect the entire set of 54 officers.

“We try to offer them to any kids we see, and we take them to community events,” Arroyo said. Officers are encouraged to carry a few cards every day while on duty.

The department received its order of cards, 500 for every officer, in August and they are catching on after residents found out they are available.

For the full story see the September 13 issue or subscribe online.