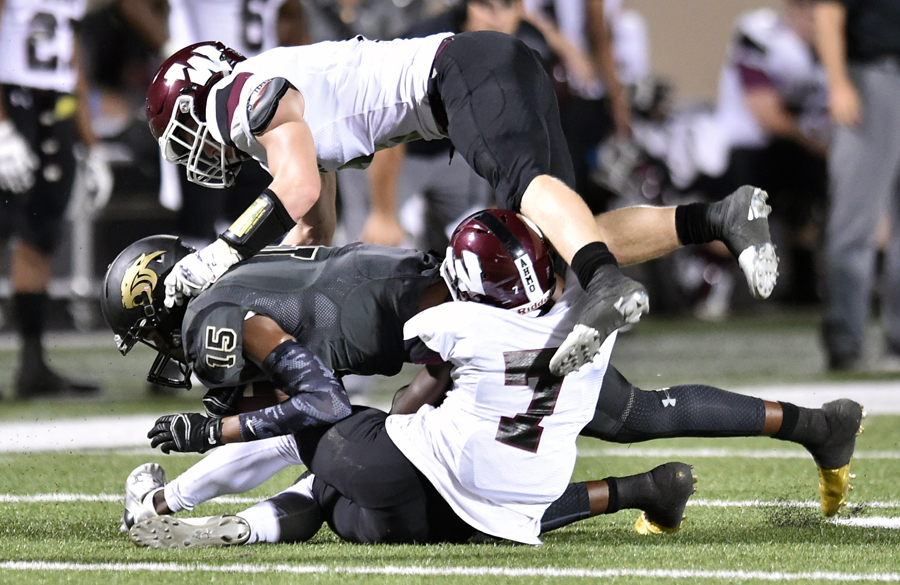 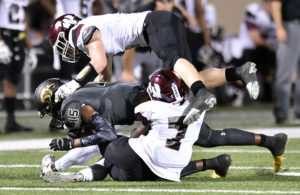 WYLIE — Bill Howard anticipates Friday’s homecoming contest with McKinney Boyd will be a gridiron war.
Both teams are coming off tough district opening losses, with the Broncos falling 69-17 to perennially powerful Allen last Friday, and Wylie losing a tough 36-21 battle at Kimbrough Stadium to Plano East.
That left Wylie at 1-3 overall and 0-1 in District 6-6A, and also with a somewhat bitter taste, as, Howard believes, the Pirates could easily be 4-0 overall
“Plano East wasn’t any better than us, we just gave to game away,” Howard said. “We’re just young and make stupid mistakes, and we had some guys who just didn’t have a good ball game (against East).”
Several costly “mistakes” occurred in the second half, which the Pirates entered trailing 29-0, but were afforded many opportunities to get back into the game. Three of those chances came after successful onside kicks, but Wylie capitalized on only one.
(To read the full story, check out the Sept. 28 edition of The Wylie News)