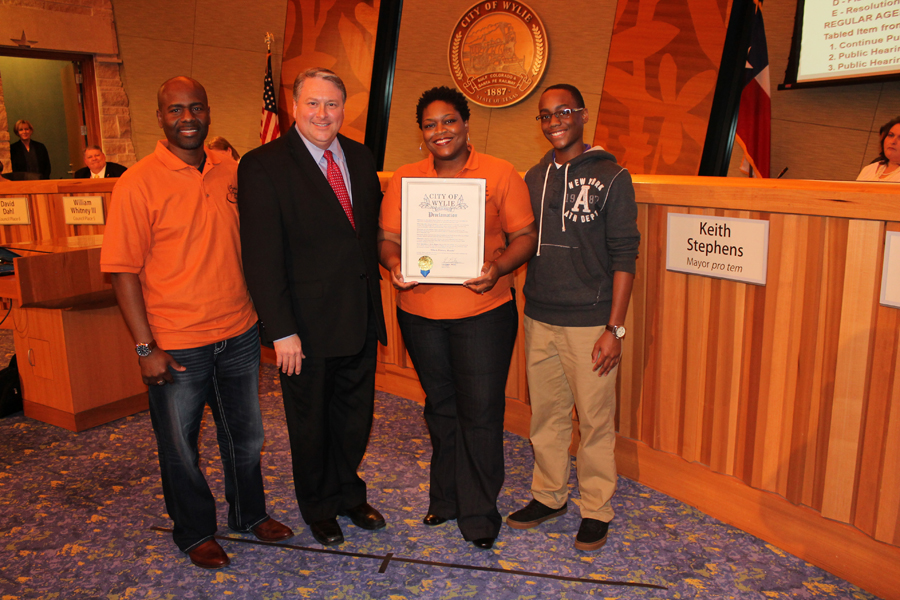 A developer will be allowed to shrink the size of parking spots to provide more of them, but a request by another developer to shrink the front yards of houses was denied last week by Wylie City Council.

The council met in regular session Tuesday, Feb. 23, on an agenda that was heavy on zoning changes. At least it was originally heavy, until discussion was tabled at the requests of some applicants.

A second request to modify front setback requirements at the Kingsbridge subdivision on Parker Road literally tied up the council, which deadlocked 3-3, resulting in the request failing.

Kingsbridge representative Matthew Alexander asked that the front setback for houses on 39 of the lots in the subdivision be changed from 20 feet to 15 feet from the property line for houses that feature an optional swing garage. A swing garage accommodates one vehicle and faces a curved driveway, not the street, and is positioned on the front of the house.

The standard setback for houses is 25 feet. In 2015, Kingsbridge requested and received permission from the council to modify that standard setback to 20 feet for swing garages. The structures would then be shifted five feet forward on lots.

Alexander explained that the swing garage adds architectural interest to the front of a house and that the modification would add five feet in depth to back yards. The developer pointed out that customers have expressed interest in larger back yards and the shift would provide a depth of 25 feet from the rear of a house to the back property line. Houses in the subdivision sell for $450,000 to more than $600,000 on lots of 10,200 square feet minimum size in the area in which the modified setback was requested.

Council members expressed concern that the more shallow front yards could present a hazard by blocking a view of the street for cars exiting homes, and that cars parked in driveways could encroach on sidewalks.

A motion by David Dahl, Place 6, seconded by Candy Arrington, Place 4, resulted in a 3-3 tie vote with Mayor pro tem Keith Stephens supporting the motion and Diane Culver, Place 2, Mayor Eric Hogue and Todd Wintters, Place 3, opposing. Councilmember William Whitney, Place 5, was absent due to illness, leaving an even number at the meeting.

Consideration of a zoning change to allow a facility for assisted living and memory care residents, from single family zoning, was reopened after developer Global Senior Housing adjusted parking space sizes to provide more parking in the 3.126-acre tract located at the northeast corner of W. Brown Street and Westgate Way.

Two weeks earlier, the council sent the developer back to the drawing board when plans showed 48 parking spaces for a facility that will house 64 residents. The council was concerned the parking would not be adequate for employees and visitors to the facility.

Developer representative Bill Thomas presented a modified parking plan for 60 spaces that were narrowed some from the original proposals. The spaces would be 18 feet long and nine feet wide, as opposed to 20 feet long and 10 feet wide. Another option presented by Thomas called for 53 parking spaces. 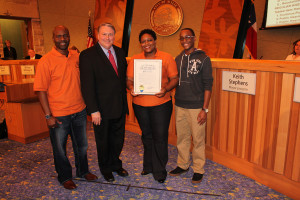