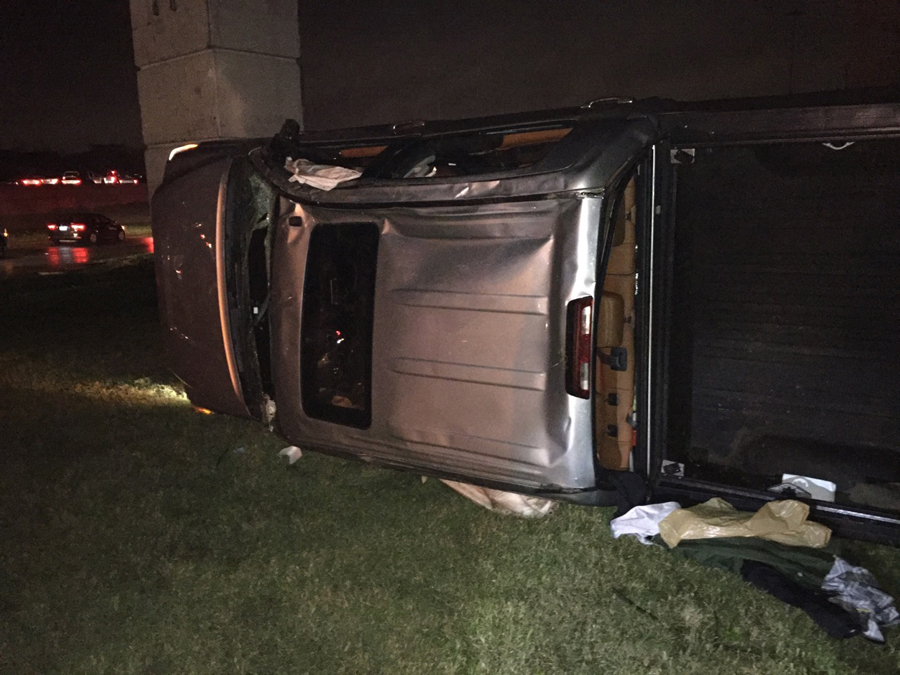 A Toyota Tundra pickup driven by Gary Tucker of Wylie wound up on its side after it was picked up and tossed by a Dec. 26 tornado with Tucker and a passenger inside.

A Wylie man, Gary Tucker, considers himself extremely fortunate to be alive after his pickup truck was tossed and totaled in a tornado the day after Christmas.

The harrowing incident occurred near I-30 and Hwy. 190 shortly after Tucker and his girlfriend, Amy Clark, left Bass Pro Shop in Garland on the way back to Wylie. Several other motorists in the vicinity were killed when the tornado lifted their vehicles off a 190 overpass and slammed them into the ground.

“When we got out there were cars all around,” Tucker said. “People didn’t make it.”

Tucker recalled that they were in line checking out of the store and he saw that it was raining hard outside. However, when they walked outside the weather was calm.

“It was that eerie, calm before the storm,” he said. “I heard what sounded like a train and blew it off as the sound of an alarm.”

The Wylie man reported that when they got into his truck, he turned on the radio and heard a warning to take cover. Although the warning alarmed him, they decided to drive home because weather reports gave a broad area for the alert and did not say that a tornado had touched down.

“I felt like there was something wrong,” he said. “In hindsight, I should have followed my instincts and stayed inside.” 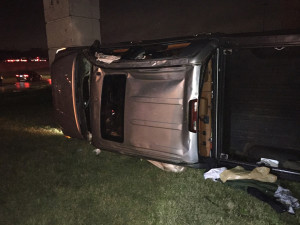 A Toyota Tundra pickup driven by Gary Tucker of Wylie wound up on its side after it was picked up and tossed by a Dec. 26 tornado with Tucker and a passenger inside.top