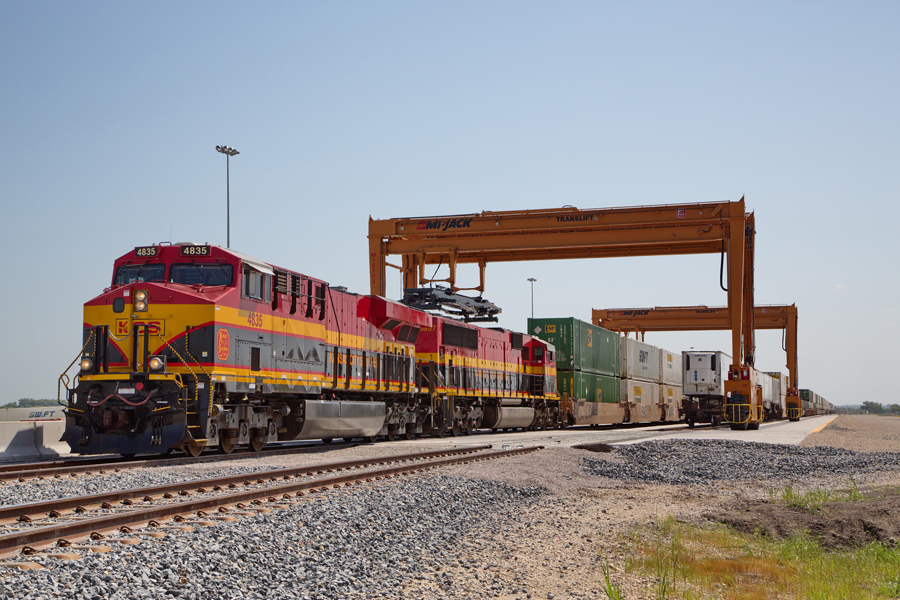 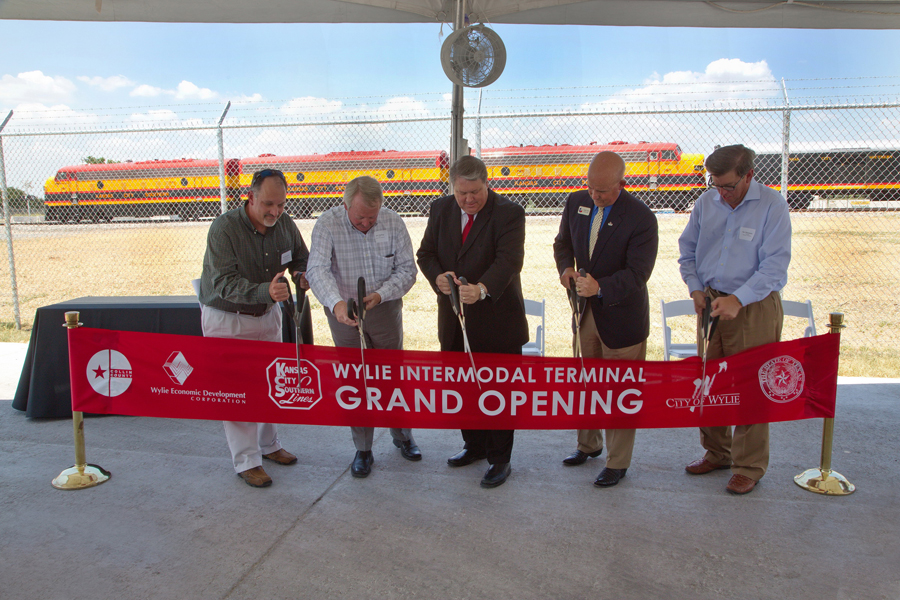 Container shipping allows goods to be packed and remain packed from their point of origin to the final destination.

“We have a lot of room to grow,” Ottensmeyer said. “This facility will more than double our capacity in the Dallas area. It makes this area even more competitive.”

The facility can process a maximum of 700 containers per day, or about 350 trucks per day loaded and unloaded. Trucks enter the terminal with a container and leave with a different container.

“Everything in the world is connected to Wylie, Texas,” Hogue declared.

The mayor pointed out that the railroad come to the area in 1886, leading to the founding of Wylie, and that a second railroad laid tracks in 1888.

Satterwhite reported that KCS purchased the property for a terminal 19 years ago when Wylie was a town of 12,000 population. Some 18 and one-half years later the project has been constructed and the town has grown to almost 50,000.

“Wylie benefits from this world class facility which will attract business investment in distribution and light industrial operations,” the WEDC executive said. “I would like to take this opportunity to thank KCS for all that you have done for the Wylie community to date, and all that you will help us do in the future.”

One benefit that is not readily apparent, Satterwhite reported, is removal and rerouting of several miles of train track paralleling SH 78, which improved traffic safety with the closing of multiple rail crossings and opened up property for redevelopment.

Some state-of-the are features of the facility include an entry building through which arriving trucks drive and are photographed from all angles, biometric thumbprint readers to identify all truck drivers and the gantries which are guided by a global positioning satellite system.

In addition to identifying drivers, information from biometric thumbprint scans provide information about the container the driver is shipping and the one being received, and directs drivers to assigned parking, loading and unloading spots.

A GPS system drives each gantry in specified areas alongside the railroad tracks and will shut down the equipment if it should veer outside of painted lines showing its path of travel.

Ribbon cutting attendees toured the entire facility by bus, and then boarded a restored passenger train brought in for the event. The train, which includes observation, dining, lounge and sleeping cars, is used by KCS for special meetings and charitable events about six times a year.