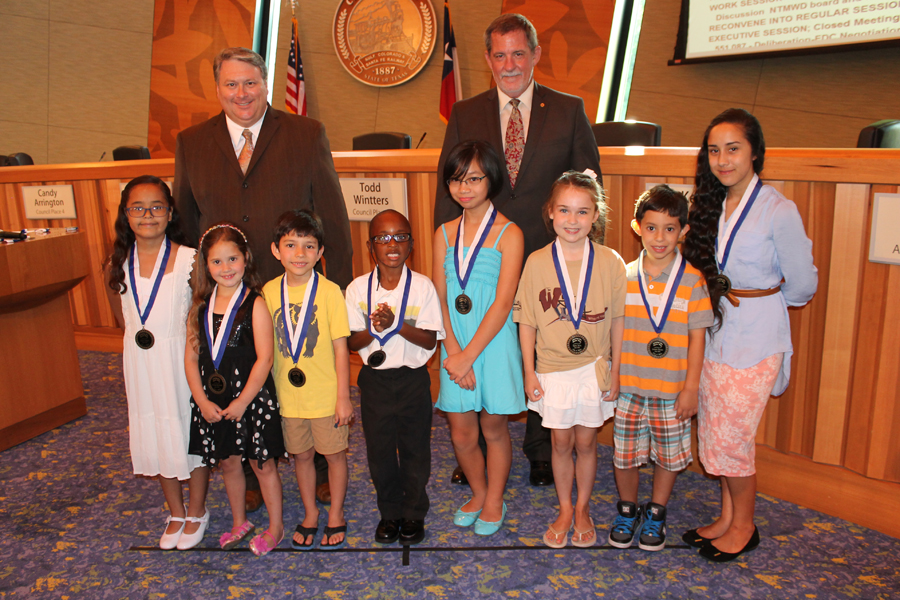 Heads of half the city of Wylie departments presented objectives and budget requests for fiscal year 2015-’16 at a workshop conducted last week by the city council.

The workshop was held Thursday, July 16, with a second session planned for early this week. A final workshop is slated for Tuesday, July 28, when council members have certified property tax values from Collin Central Appraisal District.

Approval of the final budget and property tax rate is set for Sept. 8.

Starting the workshop last week was Renee Ollie, planning and building department superintendent, who declared: “For the planning side, we have had a very, very busy year.”

Major items on Ollie’s budget request are hardware and software to implement a geographic information system (GIS) at a cost of about $85,000 and hiring a planning assistant to work with the system.

The GIS gives the department the ability to create and populate maps, some of which is now done by hand, with detail that shows water and sewer lines, structures, geographic features, fire hydrants and even individual trees. Ollie says the system can also be utilized by other city departments, such as police and fire.

“Just about anything can be mapped,” she pointed out.

The department chief also reports that she will continue planning revitalization of older neighborhoods, such as Holiday Terrace, Eldridge and Wyldwood additions, continue downtown revitalization and implement a landmark program to recognize sites that are historic to Wylie.

Chris Holsted of the engineering department made no specific budget requests, except for what is required to pursue planned road improvements. Road projects on the horizon are expansion of portions of Collins Blvd, Eubanks St. and McMillian Rd. to four lanes and resurfacing part of Ann Drive. Several of the projects will be jointly funded with Collin County.

The engineering department also will begin work toward replacing a 250,000 gallon water storage tank on Ballard Ave. with a 1.5 million gallon tank.

Wylie Economic Development Corporation executive Sam Satterwhite reviewed work in progress, which includes performance agreements with businesses and disposition of properties acquired by WEDC. The corporation is funded by a portion of the city sales tax and is charged with recruiting businesses to locate in Wylie.

Satterwhite is asking to hire an employee to assist him in efforts to attract business. The new hire would handle details of projects to free up the executive to increase recruiting efforts. The WEDC currently has two employees.

Public services, which includes water and wastewater transmission lines, and the streets departments, all have a single goal to add computer tablets to the vehicles of supervisors, allowing the supervisors to work more efficiently, department head Mike Sferra explained.

A long-term project is the creation of a Storm Water Utility to fund continuing maintenance and rehabilitation through a monthly fee charged utility customers.

Sought for Wylie parks are to hire an irrigation technician, establish a tree inventory, replace playground equipment as needed and add solar lighting in a few areas.

Police department requests were presented by interim chief Jeff Butters, who reported that in the past year police answered 30,000 calls for service, an average of more than 500 calls per officer.

In early planning by the city manager and finance department, it is recommended that two officers be added to the department and two vehicles be replaced.

City Manager Mindy Manson reports that revenue for the general fund is estimated to be $33.4 million next year and base expenditures are $31.4 million, giving the city approximately $1.88 million to fund new department requests.

However, the amount of money for new requests depends on the property tax rate set by the city council. The $33.4 million figure is reached if the tax rate is unchanged from 2014.