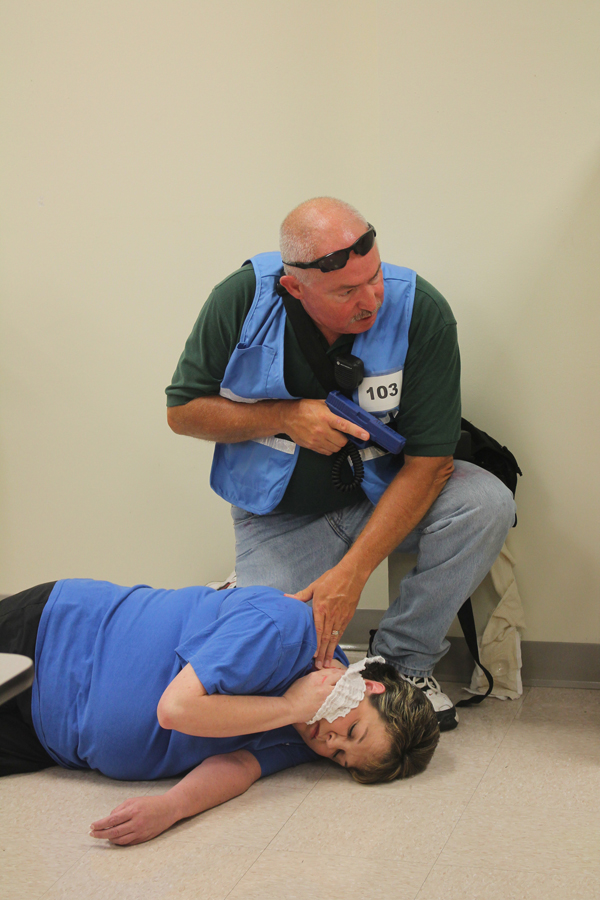 A police officer treats a victim during the active shooting scenario June 12 in Wylie. 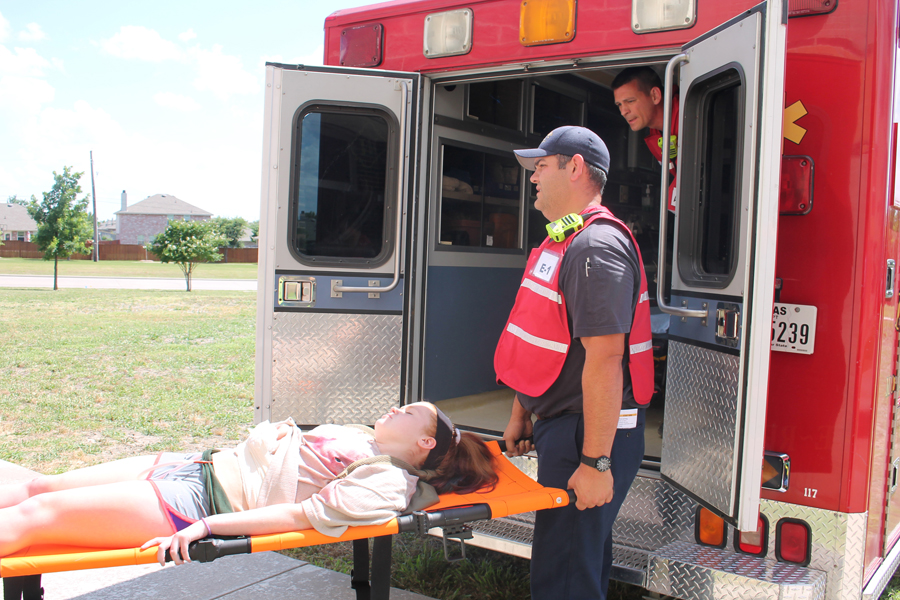 Paramedics and fire personnel work to transport those students “injured” by gunfire in a school school. The injuries were part of an active shooting exercise that took place June 12 at McMillian Junior High School in Wylie.

Gunshots. Screams from kids and teachers. It’s something first responders consider worse case scenario- an active shooting situation at a school or business.

But thanks to new training, those in Wylie and Murphy feel a little bit more prepared.

The training was held at McMillian Junior High in cooperation with Wylie ISD.

Students participated in the active shooter training and donned a variety of fake injuries, hoping to provide a more real-life feel. Blanks were also used in training to provide the sound of gunfire.

“It just worries me cause it’s so scary to think this could happen at my school,” Wylie East student Mandy Wilson said.

“This is one of the pilot programs that we’re doing at the ALERRT program, this is the second class that we’ve taught,” Captain Jeoff Williams with the Texas Department of Public Safety said. “Eventually this will be the way that we all train.”

The new program teaches police and fire how to work better together during an active shooting situation and changes the tactics used.

“We have to be prepared and we can take this training and apply it to many other things as well because we work together on such a regular basis,” Wylie Fire-Rescue Assistant Chief Brandon Blythe said.

The new training also teaches paramedics and law enforcement advance medical methods since police are most likely the first ones to reach casualties in an active shooting scenario.

“You hope that it doesn’t happen here but its something that I’m thankful that we are preparing ourselves for,” Wylie Police Sergeant Donna Valdepena said.

The training also focuses on a 30-minute time frame; from receiving the call until victims are taken to an ambulance should be no longer than 30 minutes.

“Used to be the practice was to lock down the building and secure it and that could take hours,” Williams said. “Meanwhile we were losing victims. This training is changing that mind set.”

If a terrible situation like this were to occur, those within Wylie are hoping this training will make a difference.