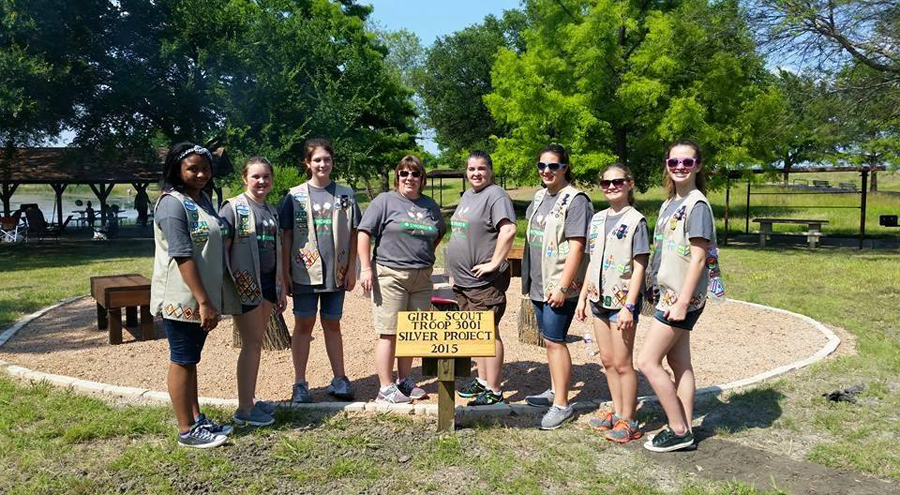 Girl Scouts Troop 3001 took a traditional summertime treat, smores, to a new level, making it easier than ever for community members to enjoy.

The troop built a fire pit, perfect for smores making, at Brockdale Park located on the edge of Lake Lavon, as part of their Silver Award project. The Silver Award is the highest award any Girl Scout Cadette can earn.

“Our troop decided that we would build a new fire pit at Brockdale Park, a place where we hold our annual day camp,” said Cadet Jasmin White. “The fire pit was not safe so we decided that this would be a perfect project that would benefit the community for years to come.”

The troop began by digging the ground up, clearing the area of old weeds and laying down old cookie boxes to keep the weeds from growing back. Next, they put a layer of dirt and gravel down before they installed the fire pit and put the logs in place. The troop made a plaque and provided a bench.