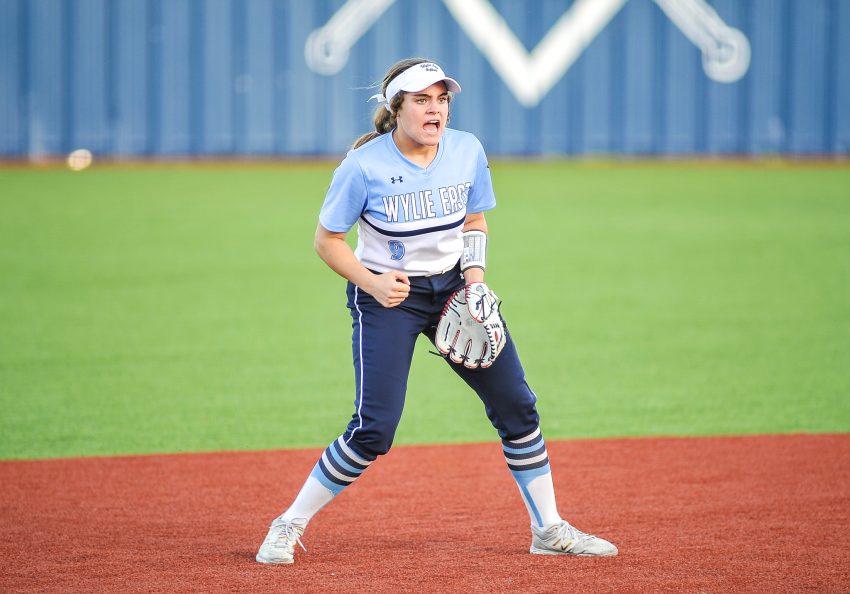 Some families thrive off of competition.

For the Hollingsworth family, that competitive spirit has boosted three siblings to compete at the collegiate level.

Twins Jacob and Abby Hollingsworth show that spirit on the diamond as starting shortstops and among the leaders helping their teams reach the playoffs.

Both siblings grew up in a background with sports, along with their older brother Joshua, a senior at Wylie East. Growing up in the family, sports were a must for each of them and their dad encouraged trying everything.

“He allowed us to explore different things. Eventually, Abby and I fell on baseball and softball,” Jacob said.

Jacob and his older brother Joshua played baseball and football before Jacob committed to baseball full time before his sophomore season.

Joshua committed to play football at Southeastern Oklahoma State University next season while helping Jacob and the Raiders baseball team reach the playoffs this season.

“He’s a role model for me for sure,” Jacob said. “He’s a fiery guy in anything he does and he’s so fun to be around. I’m grateful for the chance to play with him.”

Similarly, Abby played volleyball until her sophomore season, when she decided to commit to softball full time. She’s seen her game grow at Wylie East and is one of the best in the area with a team-leading eight home runs this season. She’s also committed to Abilene Christian University for next season, which was a dream of hers to accomplish.

“I’ll be the fifth generation to go there,” Abby said. “The coaches, players and facilities are so nice, and I knew this was what I wanted to do. It was so great to see the campus and realize how real it was that I could have this opportunity.”

Jacob is also seeing college opportunities pop up. He’d also like to have a chance to play for ACU but will have choices this summer before his senior season. They both ended up at shortstop by chance, as they played catcher when they were younger.

“We both started off as catcher,” Abby said. “I think we everything we showed with our arm and then I think it translated well. We both have good range and are fast, so it worked out pretty well for us.”

The duo doesn’t just leave the competition on the field. The Hollingsworth’s thrive on their competitive nature, even if it can make for some intense moments.

“We’re a competitive family, we just love to compete and it’s our nature to go at it,” Jacob said.

Without hesitation, Jacob and Abby agreed she is the most competitive in the family. While card games and board games at the house can be a “hectic” scene for some people, it’s part of the family environment that drives them to succeed.

“Card games can get crazy around us,” Abby said. “We typically try to avoid them, especially when our dad is around to compete too.”

Their mom Laura, said they know it can get intense around the house, but they all remember that they’re on the same team.