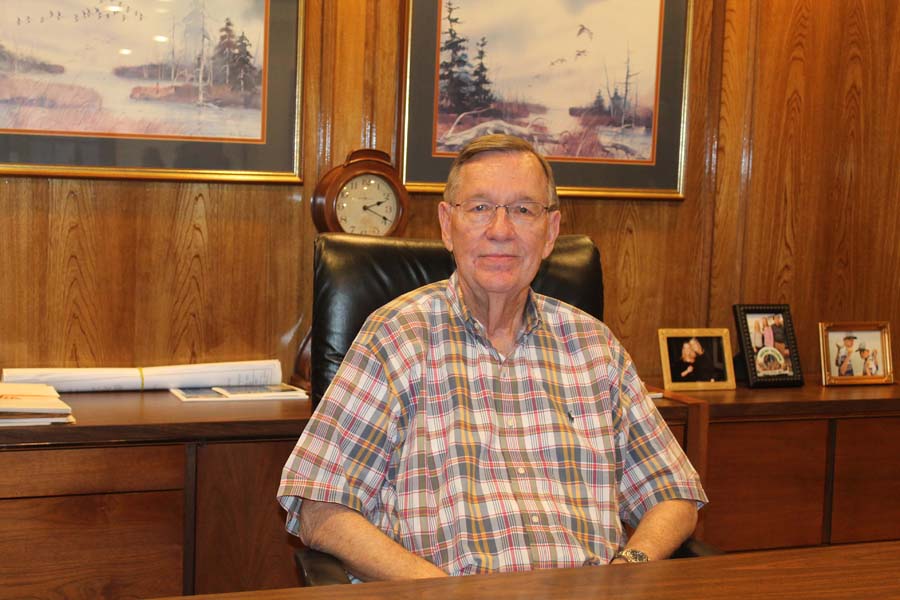 John Yeager, sitting in his office at Wylie Inusrance Agency Inc., will retire June 30 from the Economic Development Corporation board. Currently the vice presdient of the board, he has been with the EDC board since the EDC was created here in 1989.

Board members for civic and oversight organizations can come and go, but John Yea­ger stayed a long spell for the group he served.

That duration was close to three decades.

Yeager will retire from the Wylie Economic Development Corporation board at the end of June. A retirement party was given to him last week.

“I just wanted to be part of the community and kind of hopefully help with some eco­nomic development,” he said.

Wylie was the second city in Texas to start an EDC, with the EDC officially starting here in December 1990. Because Yeager was a board member at the time, that makes him the longest-running EDC board member in Texas. He was rec­ognized for his service to the EDC at the Wylie City Council meeting on June 22.

For the full story, see the June 23 issue or subscribe online.