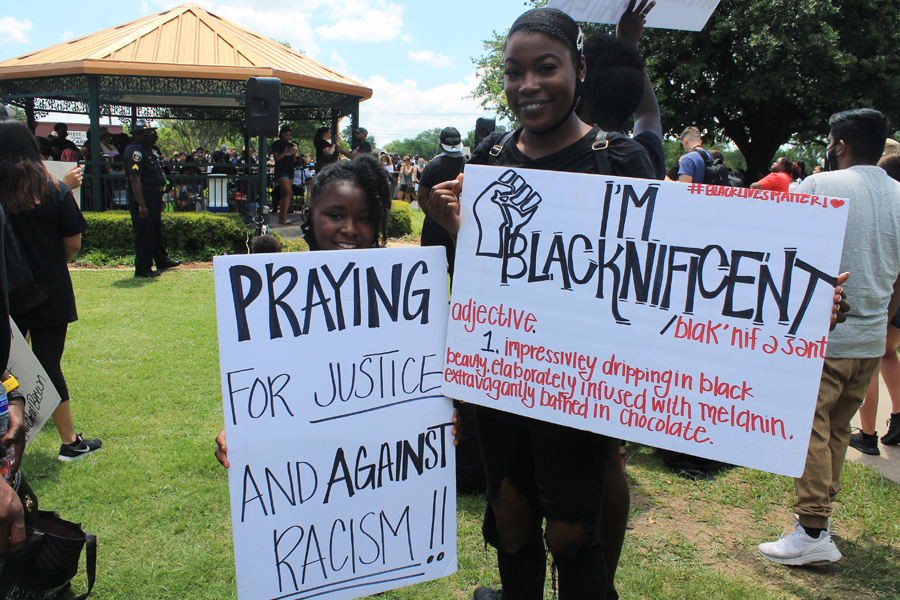 McKinley and Alethea celebrate their Black heritage at the BLM Peaceful Gathering Sunday, June 7. They joined a crowd of more than 1,000 in standing up for Black communities and protesting police brutality.

More than 1,000 gather in park to peacefully protest

More than 1,000 activists and allies came together to support Black communities and protest police brutality.

The event featured spoken-word poets, music, prayer and Black residents telling stories. Organizers also had a “say their names” portion in which lead­ers said the names of Black victims of police brutality, and protestors repeated their names back.

For the full story, see the June 10 issue or subscribe online.