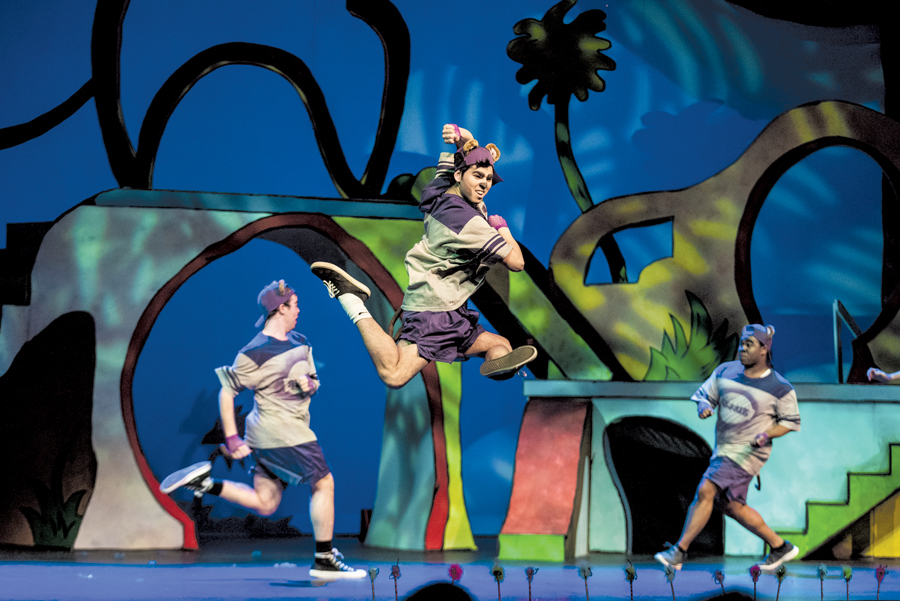 Although he graduated college less than a year ago, his professional theatre career is already well underway: he has been cast in five shows since summer 2018.

“I started doing plays in second or third grade at my brother and sister’s high school,” he said. “Then I stopped for a while and got back into it in high school. I loved telling stories and being able to convey a message through music and dance and all that. Acting is just something that’s fun.”

Hemsath grew up in Wylie and graduated from Wylie High School in 2014. During his time at WHS, he participated in choir, show choir, theatre, National Honor Society and Advanced Placement courses. He returned to his hometown after obtaining a bachelor’s in musical theatre from Ouachita Baptist University in May 2018.

College credits include “Footloose,” “Fiddler on the Roof” and “Seussical.”

His time in college also allowed him to develop skills in writing, directing and performing in original work. He co-wrote and directed “Painting the Roses Red” with friends Andrew Makepeace and Libby Villegas, a fellow Wylie native, in 2018. Two years before, he originated the role of Pike in student-written play “Alone Together” by Walter Dodd, which Hemsath regards as one of his favorite roles to have played.

Another favorite role was Georg in Steven Sater’s “Spring Awakening,” which he played this past February in Dallas.

For the full story, see the March 6 issue or subscribe online.