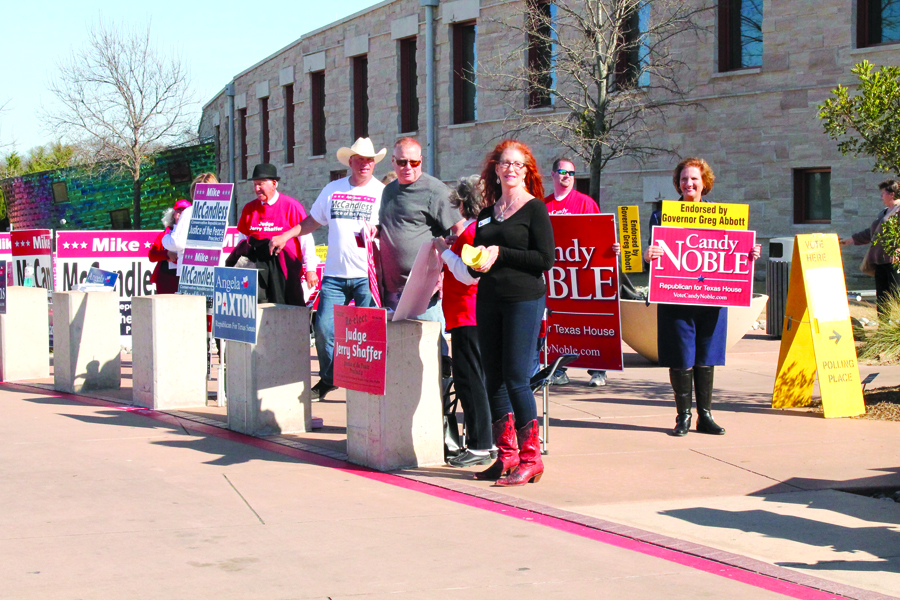 Political candidates and their representatives did a bit of last minute electioneering in front of Smith Public Library during Democratic and Republican primary voting last week. 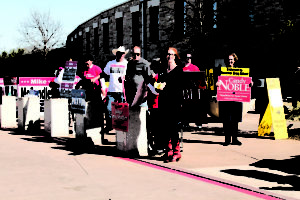 Political candidates and their representatives did a bit of last minute electioneering in front of Smith Public Library during Democratic and Republican primary voting last week. (Joe Reavis/The Wylie News)

After the March 6 primary races concluded, several runoffs developed in county and state races and will be decided in a runoff election set for May 22.

In Justice of the Peace Precinct 2 Republican race, there will be a runoff race between Mike McCandless and incumbent Jerry Shaffer. McCandless received 2,424 votes (37.13 percent) and Shaffer received 2,076 votes (31.80 percent.) Third opponent in the race Jeff Graham received 2,029 votes (31.08 percent.) Whoever wins the runoff will face off against Democratic nomination winner Dian Engelman who received 1,984 votes (100 percent.)

For the full story see the March 14 issue or subscribe online.