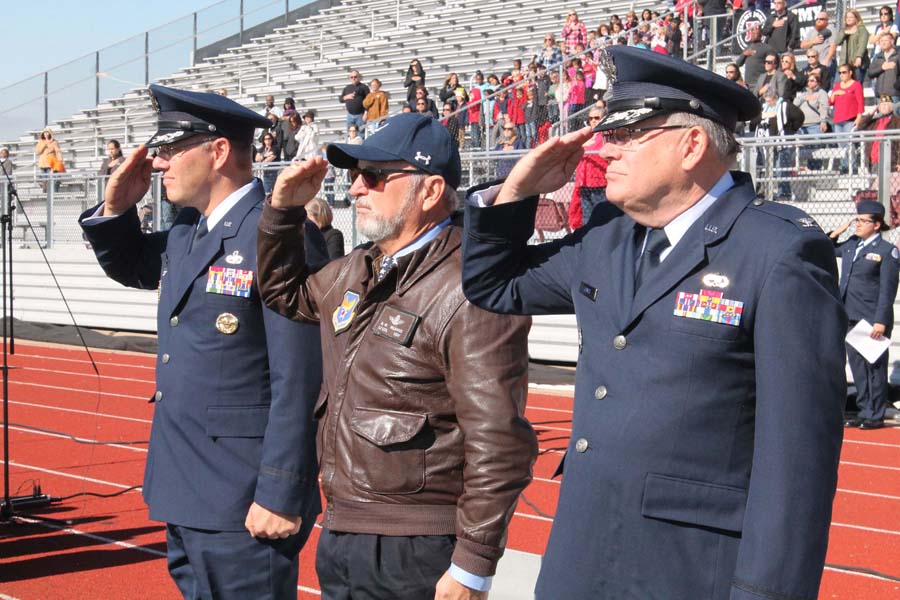 The event was held at Wylie Stadium. The Pass in Review is a tradition of the military used for special occasions, including changes in command, retirements and promotion ceremonies.

Armistice Day was established in 1918 to commemorate the end of World War I on Nov. 11, 1918. In 1954, President Dwight D. Eisenhower changed the name to Veterans Day to honor the military from all wars.

Honorary Reviewing Official for the ceremony was Lt. Col Wayne Wilbanks, who retired last year after a career in the Air Force and 16 years as an aerospace science instructor at both high schools.