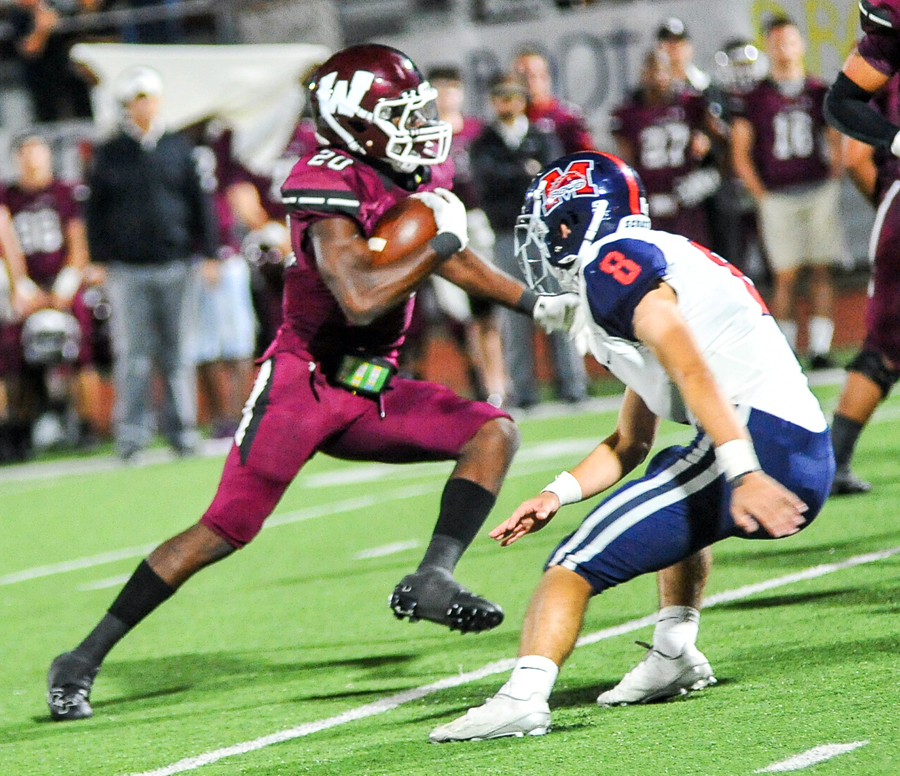 The Pirates' David Addo zips inside of Boyd defensive back Ryan Dempsey during the Pirates' 52-20 thrashing of the Broncos. 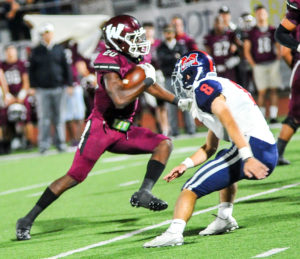 WYLIE — One win does not make a season, and a single district victory doesn’t mean a team is going to the playoffs.
The latter is what Wylie got last Friday at home with a 52-20 thrashing of McKinney Boyd. It was a triumph that improved the Pirates’ overall record to 2-3, and more importantly to 1-1 in District 6-6A competition.
In order to make the postseason, which is the Pirates’ goal, they’ll likely need at least four district wins. The hope is that No. 2 comes Friday at Kimbrough Stadium, where Wylie tangles with Plano West (also 1-1 in 6-6A), a team coming off a 61-19 loss at the hands of powerful Allen.
(To view the entire story, check out the Oct. 12 edition of The Wylie News)