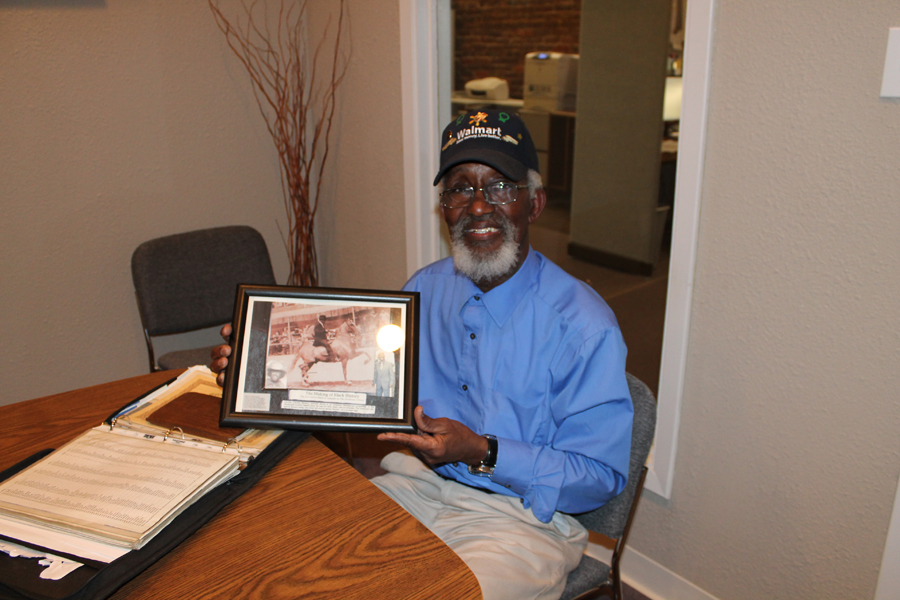 Retired horse trainer Herman Benson lived with and broke through racial barriers in a career that took him from the tiny town of Jewett in East Texas to the ranches of the wealthy in Dallas.

In spite of what he encountered, Benson, 72, who now tends his own horses in Nevada and works as a greeter at Walmart in Wylie, declared, “I had a lot of fun doing what I do.”

The horse trainer went to the segregated George Washington Carver High School in Jewett until 1959 when he left school and went to work with a horse trainer named Casey Jones, who was white, cleaning the barn and helping with elite Saddlebred horses.

“He would show me and I would pay attention,” Benson recalled. “It wasn’t long before I knew how to do it myself.”

Because he was young, just 19 years old, Benson said that he worked a lot with the colts on lead lines because he could run fast and stay out in front of the colts. He worked with Jones for more than two years before striking out on his own.

A woman from Allen, Evelyn McLane kept Saddlebreds on a ranch in the Jewett area and one day asked Benson if he would come train them if she moved the horses to her farm at Allen.

Benson worked for McLane for about 18 months until she died suddenly, and immediately was offered a job as a trainer for Babs Walker of Willow Hill Stables in McKinney. He stayed on the job for 10 years until Walker got out of the horse business and moved to California.

Although the trainer was doing a job he loved, it was not always easy, especially in the early days. He encountered racism in the late 1950s and early 1960s. For example, he was not allowed to be listed as the trainer for a horse, but was placed in the lesser position of groom.

In his first shows, Benson recalled, he would ride a horse into the ring for judging and the judges would turn their backs on him without even looking at the horse. Horse shows were a white man’s domain.

“Mrs. Walker said to keep going and someday someone would look,” the trainer said. When that someday came, the horses he trained started winning. A 1960 newspaper clipping Benson keeps as a souvenir shows a picture of him astride a high-stepping American Saddlebred with a caption noting that the trainer was the first black to compete on the breed’s Southwest Circuit.

The next color barrier to breach on the horse show circuit was lodging. “It was a booger for awhile. We had to stay out with the horses. We couldn’t stay at the hotel,” he noted.

After a time, Benson was allowed to stay in the same hotel in which his employer and her family stayed. His room, though, had to be between two other rooms occupied by members of his employer’s entourage, for his safety. Other black trainers were not so fortunate and Benson recalled that he often would bring them back to the hotel in which he was staying so that they could use the shower after bedding down with the horses. 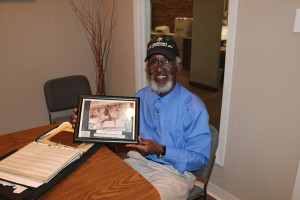 Herman Benson proudly shows a photo of himself atop a Saddlebred horse in 1960.