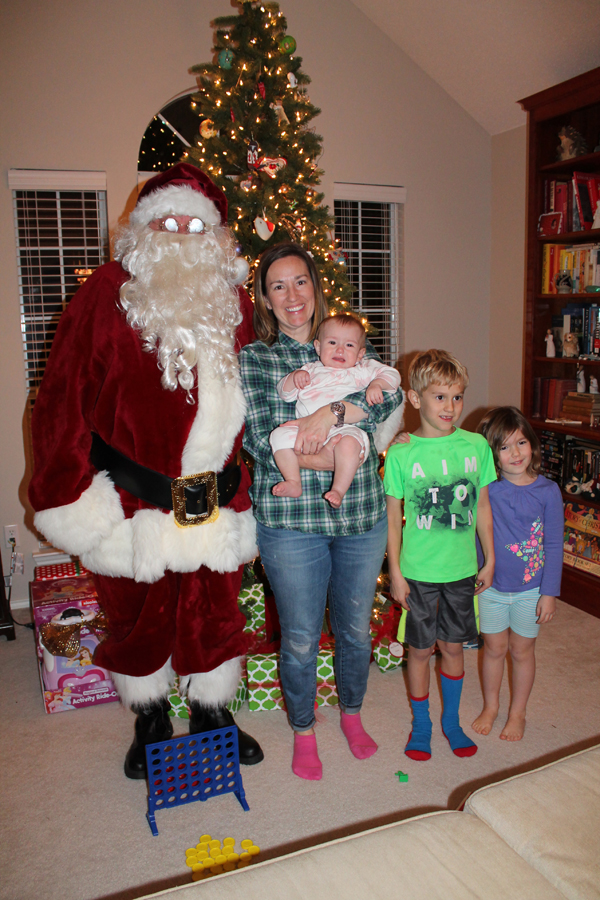 Texas Motor Speedway last week provided an early Christmas to a Wylie family that works to raise funds for North Texas families who have been impacted by a sudden loss.

Beneficiaries of the Christmas, that included house decorations and presents, was the family of Richard Durrett, who died suddenly in July 2014 of a brain aneurysm, leaving behind wife Kelly, who was pregnant, and had two young children.

House decorations put up by speedway personnel included outside lights along the roof line, an inflatable snowman in the front yard, candy canes along the front sidewalk and lights in bushes. The crew came equipped with a new Christmas tree, but the family already had put up one.

“They did a beautiful job,” Kelly declared.

TMS went to work early Wednesday afternoon, Dec. 9, installing the decorations and returned at 6 p.m. for the arrival of Santa Claus who presented gifts to 7-year-old Owen, 5-year-old Alice and to Margot, 11 months. 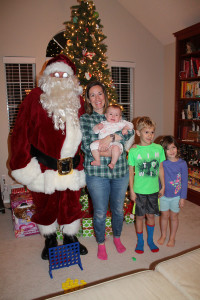