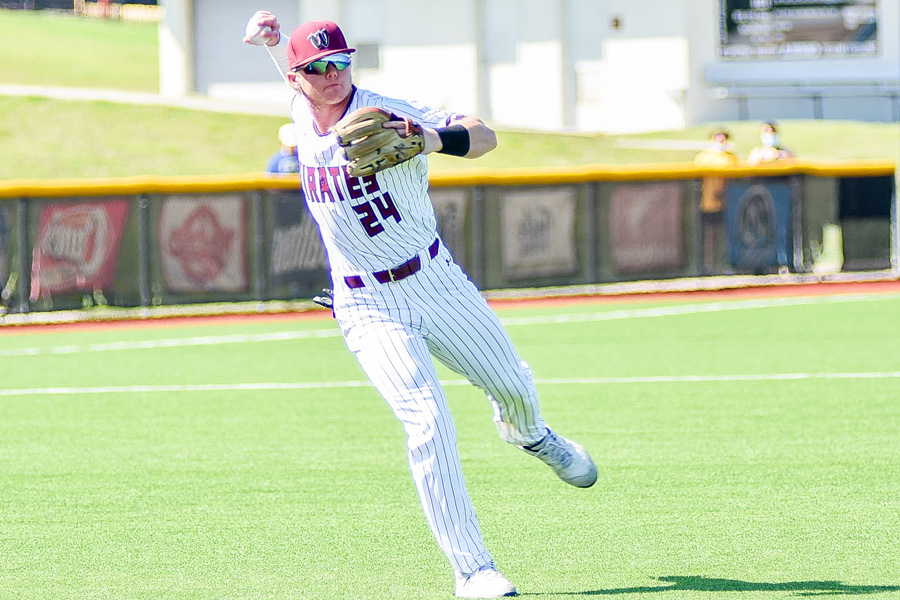 After winning the District 9-6A Championship by a com­fortable margin, there was no doubt Wylie’s baseball team would be well-represented at the district championship awards.

The Pirates finished the sea­son 13-1 in district play and with a three-game lead over sec­ond place Sachse and Rowlett. With their success, nine athletes earned all-district nominations, led by senior Luke Wiseman, who was named District 9-6A Most Valuable Player.

Wiseman led the way with his outstanding defensive play at third base along with his abil­ity to hit in the clean-up spot for the Pirates baseball team. A two-way player who also was the third pitcher for the Pirates, Wiseman did it all this season for his MVP honors.

Along with Wiseman, Luke Lianthong was named the Dis­trict 9-6A Newcomer of the Year and Reese Bassinger won the Utility Player of the Year award. Lianthong, a sophomore for the Pirates, made his presence felt like one of the top defensive center fielders in the district all season, along with his ability to lead off Wylie’s batting order. His ability to get on base and steal bases were key to Wylie’s small-ball offensive approach at the plate.

When Jourdan Delacruz moved from Wylie to the U.S. Olympic & Paralympic Training Center after her sophomore year of high school, it was all to realize a dream. Now in 2021, she’s realizing it full
View on Facebook
· Share

Wylie city leaders are mull­ing over a bond election to improve needs around town, including infrastructure, with a citizen bond committee re­cently approving a list of sug­gestions for the city counc
View on Facebook
· Share