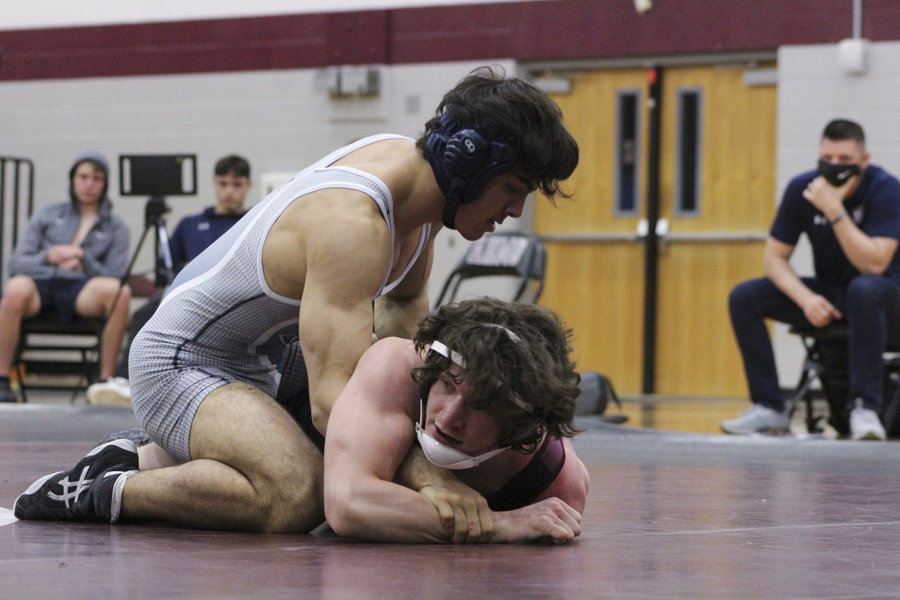 Wylie East’s wrestling team sent two athletes to state and came away with one medal.

Saucedo made a mark on the meet by finishing third overall in his weight class for the state meet. Saucedo beat Cortilius Vann of Frisco Heritage in the quarterfinal by a 7-1 decision. Vann fell to 27-3 after the loss.

Moving into the semifinal, Saucedo suffered just his sec­ond loss of the season by falling to Bryce McLaren of Leander Glenn 11-9 by decision. That moved him into the third-place match, where Saucedo beat Josef Davis of Corpus Chris­ti Veterans Memorial by a 5-3 decision.

Saucedo finished third in the state for his second straight sea­son as his senior year comes to an end.

The Raiders’ second com­petitor was Feece, who lost each of his first two matches in the quarterfinal and first-round consolation match. Feece fin­ished the season 17-7 overall to finish his junior season with Wylie East.