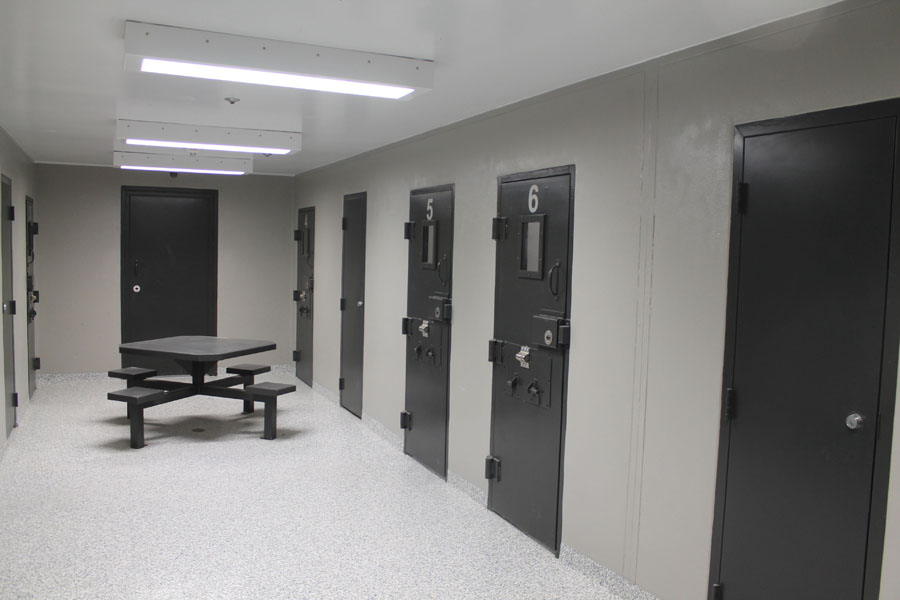 Pod of cells for male inmates at the Wylie jail.

The newly remodeled jail at Wylie Police Department opened about a month ago with some new features for the processing of detainees.

With a jail that can hold up to 25 detainees, the remodeled jail features a new sally port and an area for booking people, said Bryce Thompson, jail manager for the Wylie Police Department.

At the police building, the courtroom and the dispatch center are new, while the rest of the facility has been remodeled, he said, quickly adding that the sally part was a new addition.

The Jail functions as a holding center for detainees until they move on to county lockup.