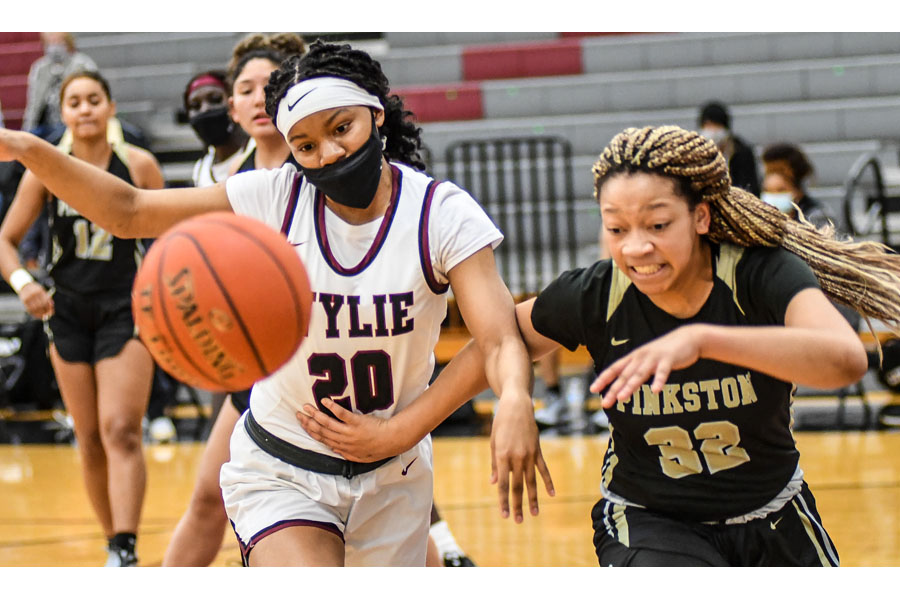 With a 3-0 district record heading into the week, the Wylie Lady Pirates girls basketball team had been rolling through the season.

They fell back down to earth, however, after struggling to get a basket against Lakeview Centennial, losing 28-20. Now 9-5 overall, the Lady Pirates had easily their worst offensive performance of the season, as they were limited to just eight points in the first half and didn’t score over double digits in any quarter.

The Lady Patriots opened the game on a 10-2 run that ended the first quarter, a score Wylie didn’t reach until the third quarter of play. Wylie did have six different players score in the game, with Payton Miller leading the way with six points, but Lakeview Centennial’s defense proved too much.

For the full story, see the Jan. 13 issue or subscribe online.