BREAKING NEWS
Home Latest Board gets tour of schools, discusses future of pre-K 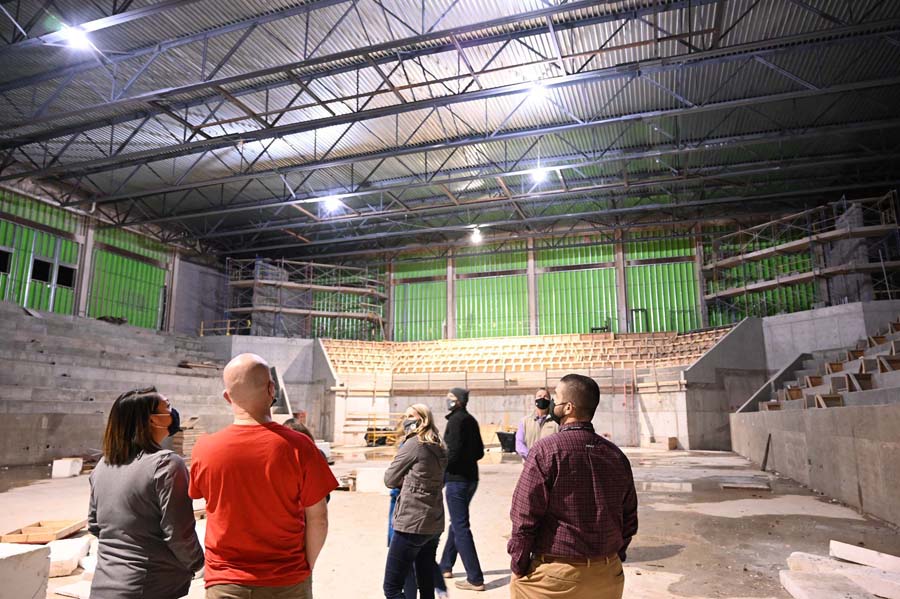 Board gets tour of schools, discusses future of pre-K

Wylie ISD is one of the top five growing districts in the Metroplex, and because of growth, some programs will grow, such as pre-kindergarten.

The district will expand its pre-K program in the next several years, WISD board trustees heard at a special called meeting, Dec. 7 in which they learned about district growth, master planning and future growth and received an update on the 2019 bond program.  As part of the meeting, board members also toured construction sites at Wylie and Wylie East high schools.  Both schools will have new multipurpose centers that open next school year – in August- and will be able to hold events from sports to convocations.  Ten of the 13 bond projects are expected to be finished by next August.

For the full story, see the Dec. 16 issue or subscribe online.

A new housing develop­ment will bring more than 4,000 homes north of the Wylie area in the next several years. Elevon development will be built partially in Lavon, with most homes being built in
View on Facebook
· Share