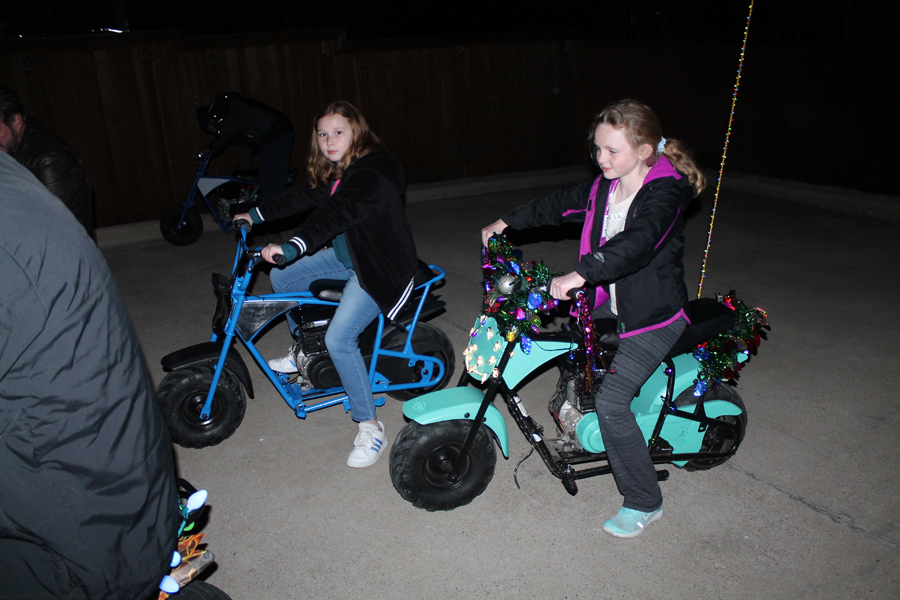 Two of the youngest members of Wylie Mini Bike Club, Campbell Johnson and Amelia King, both 10, prepare to ride home.

From the buzzing sound of one mini bike less than two months ago, a social phenomenon arose and now includes about 60 of the tiny 2-wheelers cruising the streets of Bozman Farms subdivision in Wylie.

The builders and riders have dubbed themselves the Wylie Mini Bike Club and made their first public appearance two weeks ago in the Wylie Christmas Parade. The group includes adults and children from the ages of nine to 75.

For the full story, see the Dec. 18 issue or subscribe online.