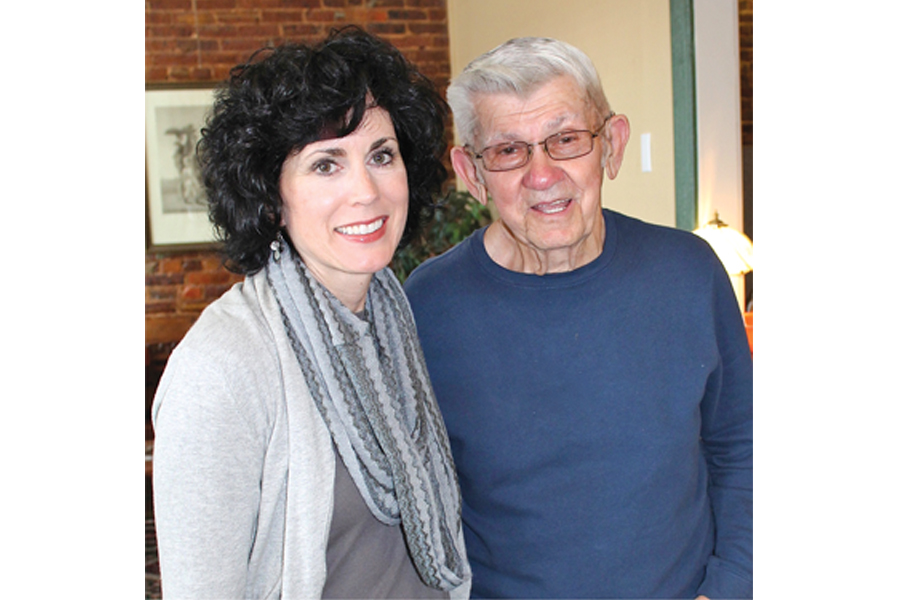 One of my heroes, Robert “Bob” Riley, took the final journey of his life Sunday, June 16. He was 91-years-old.

Although I only knew Bob for five short years, he gave me a newfound purpose in my second career as a journalist. He reached out to me via email after reading my story about Honor Flight DFW in the July 2014 issue of In & Around Magazine. He humbly wrote, “I served in the U.S. Navy from 1943 to 1946, and saw action in Iwo Jima, Okinawa and the sinking of the Japanese battleship Yamato.”

To be honest, it’s not every day I get an email from a reader, much less one like that. Over the next five years those emails we swapped were the thread that connected us. Initially, I helped Bob make the Honor Flight connection and he kept me updated on his application, then subsequent travel plans. I am thankful I had a small part in seeing his trip come to fruition and later meeting Bob and his wife Lorrie for the first time after he returned.

The best part about our friendship was, although we rarely saw each other, I got to know Bob through our emails. I would pepper him with questions via email, a method he preferred due to his hearing loss. I wrote about his Honor Flight in 2014, then a few years later I asked if I could include him in a story about Navy Men of WWII. It’s really hard to sum up, much less piece together, the life of someone like Bob who has achieved so much. I’ll admit his answers would frustrate me at times because he would gloss over important facts. I quickly learned to send him very specific questions and I would eventually get all the answers I needed.

Like many men and women born prior to WWII, Bob embodied characteristics attributed to those of the Greatest Generation – true grit and determination layered with personal responsibility, humility, faithful commitment and strong work ethic.

It’s tough to make this brief, but I’ll give you the Cliff Note version of this WWII veteran’s life.

At the age of 15, Bob gave up his teenage years to serve his country. He joined the Navy in Detroit, Mich. in September 1943. As a Navy seaman he said he had many episodes dodging Kamikaze’s in the Pacific but told me one of the greatest things he witnessed was the signing of the Peace Treaty in Tokyo Bay Sept. 2, 1945.

After the war Bob returned to Michigan, earned his high school diploma then worked on ore boats on the Great Lakes before he took a job on Guam Micronesia to help rebuild the island from the war damage.

The GI bill paved the way for veterans like Bob, giving them the opportunity to combine their life skills and get a secondary education.

After he earned a degree in mechanical engineering, Bob worked for Ford Motor Company briefly before moving to General Motors where he worked for 33 years as a senior staff engineer.

Although he had interruptions in his education, Bob was smart. Lorrie said he could fix anything and was often called a “walking manual” for the 26 powerhouses he oversaw at the plant. After retirement, Bob was called back to GM to solve a problem no one else could.

After their granddaughter Taela was born, Lorrie and Bob sold their retirement dream home and made their final move to Texas in 2008 to be near Lorrie’s daughter Becky, her husband Miguel, and Taela.

Bob eased effortlessly into his new role of doting grandfather and assimilated into Wylie life, faithfully volunteering at the Smith Library and as a proud member of American Legion Post 315.

Bob’s health waned in the months before his death, but Lorrie said he rallied back to old form long enough to watch the St. Louis Blues win the Stanley Cup and Taela graduate from the fourth grade.

His story on earth may be over, but our memories of Bob will never fade.

Until we meet again, I wish you “Fair winds and following seas, Bob.”