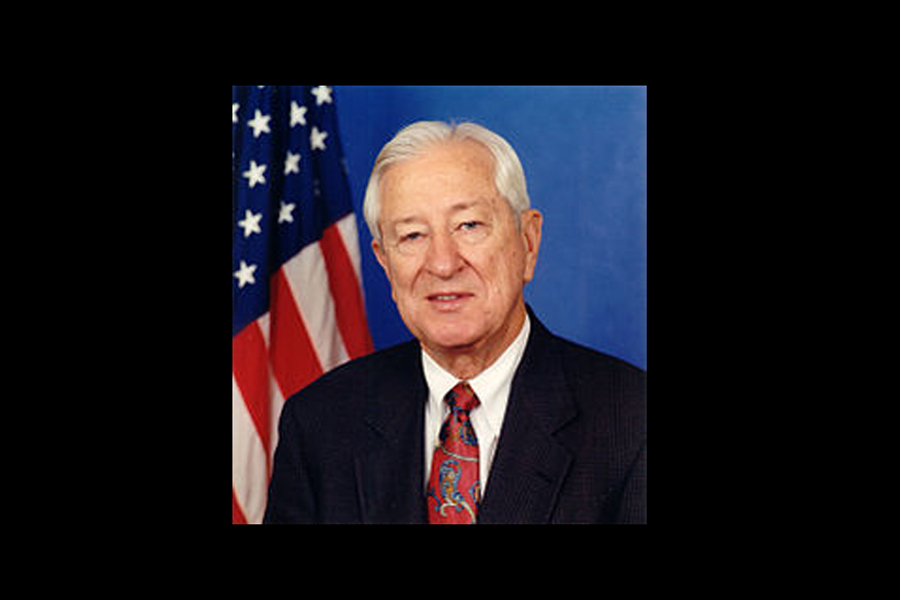 According to information released by news reports, the Republican died of natural causes at his home in Rockwall.

Services will be held at 2 p.m. Saturday, March 16, at First United Methodist Church in Rockwall. Visitation will take place from 6 p.m. to 8 p.m. Friday, March 15, at Rest Haven Funeral Home in Rockwall.

Hall served 17 terms in the U.S. House for a total of 34 years and made history as one of the last conservative Texas Democrats who switched to the Republican Party in 2004. As a veteran of the Texas Senate, his constituents elected him to the U.S. House in 1980 as a Democrat.

U.S. Rep. John Ratcliffe, R-Heath, who was elected as Hall’s successor in 2014, offered his condolences about the former congressman.

“Today the 4th District of Texas lost a great leader, statesman and friend. From his defense of our nation during World War II through his time as our Representative in Congress, Ralph Hall lived a remarkable life dedicated selflessly to serving his fellow citizens. Congressman Hall leaves behind a timeless legacy that will forever be remembered and appreciated by generations of Texans. Michele and I are keeping Ralph’s family and loved ones in our prayers during this difficult time,” he said.

Donations for the Wylie ISD's 15th annual Back to School Fair are being accepted until July 22. Needed supplies include backpacks, crayons, composition books, highlighters, markers, pencils, erasers a
View on Facebook
· Share