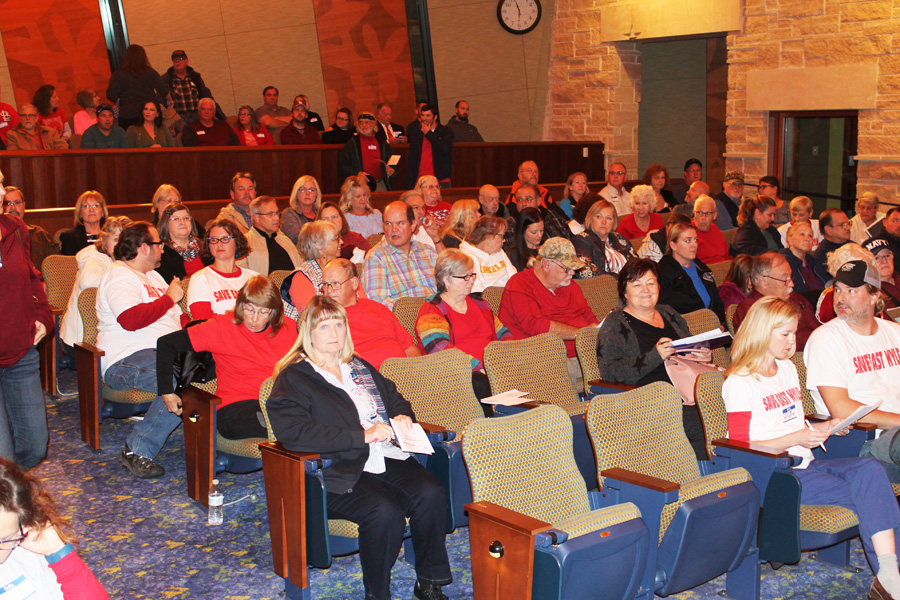 Wylie City Council last week came out against the proposed Lake Corridor, a north-south freeway on the west side of Lake Lavon in Collin County that would run through the city and its extraterritorial jurisdiction.

The council passed a resolution opposing the project in regular session Tuesday, Dec. 12.

In other business, ordinances were approved to adopt more up-to-date international building codes and a pair of brief workshops were conducted to give city staff direction in pursuing third party management of energy services and revisions to the solid waste contract with Community Waste Disposal.

The Lake Corridor, part of the Collin County Strategic Roadway Plan, has been a contentious issue for the past couple of months, generating opposition from area residents who have vocalized their complaints at recent council meetings. Last week, 15 people spoke against the freeway proposal and a revised plan drawn by the North Central Texas Council of Governments.

As originally proposed, the corridor would be a 6-lane road running north from George Bush Tollway to Hwy. 21 and include a bridge across Lake Lavon.

COG representatives presented the original plan at a city council workshop in November that drew a standing room only crowd. At that time, the council was told that the freeway would not be built if the city did not want it. The resolution affirmed the council’s stance.

For the full story see the December 20 issue or subscribe online.