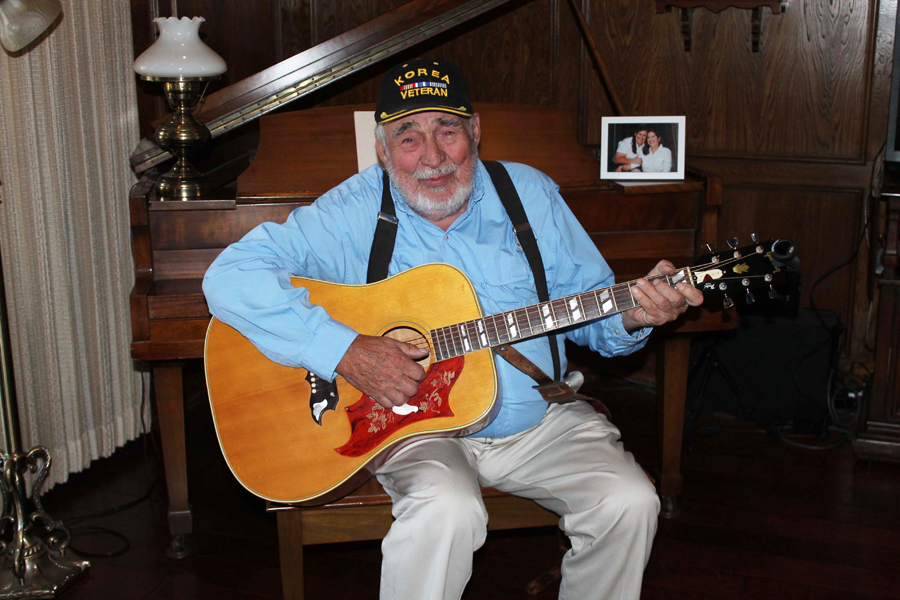 Skills he learned as a combat radio relay operator, in training and on the front lines in the Korean War, helped shape the future for William “Bill” Henry of Seis Lagos who pursued a successful career in electronics and computers after the war.

Henry was drafted into the U.S. Army in 1952, separated from active duty in March 1954 with the rank of sergeant and completed eight years in the Army Reserve before receiving his final discharge in 1960.

“The Chinese were always trying to take our land,” he recalled. “I know I was in a lot of battles. We were fighting all the time I was over there.”

Henry, 87, was born in Seneca, Kan. near the Nebraska border and grew up helping his parents on the family farm. In fact, he noted that he skipped a lot of classes to work on the farm and did not complete requirements for his high school diploma until he went into the army.

He was working with a tree surgeon when the army first came calling, but sustained a broken shoulder that delayed his induction into the service by about two years. When an army doctor finally declared the broken shoulder healed, Henry shipped out for boot camp in California. Next stop was a 12-week radio school, after which he was assigned to the Third Infantry Division, 10th Field Artillery.

The Kansas farm boy was shipped to Japan in December 1952 for a week of training in the artillery system, took a boat to Pusan, Korea and then hopped aboard a train to the front line. On the train, he was given a rifle and rode on a coupling between two cars as a guard, in the dead of winter. He detrained near Seoul and was taken by truck to the front.

For the full story see the November 8 issue or subscribe online.