Blueberries and the brain 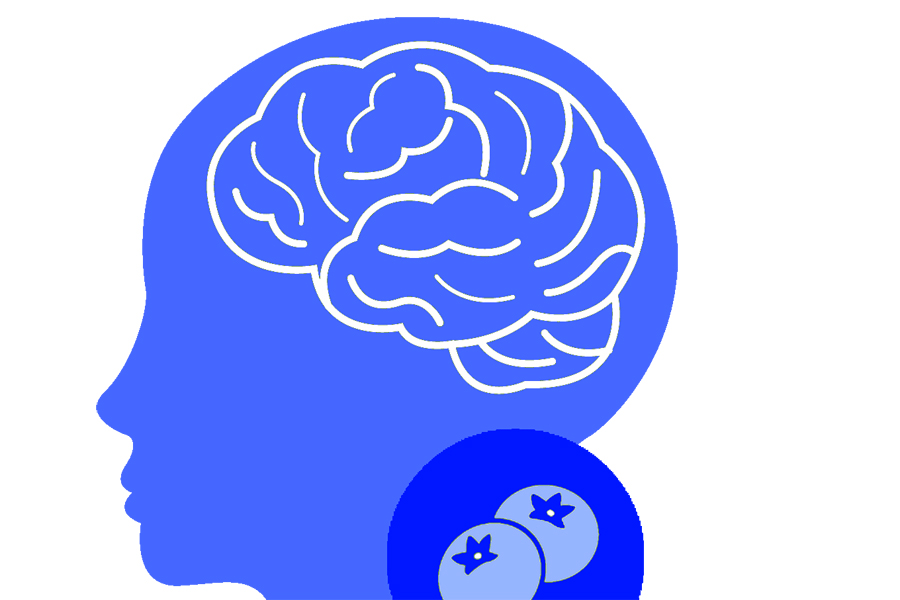 New research published in the European Journal of Nutrition found that daily consumption of the equivalent of one cup of fresh blueberries, given as 24 g of freeze dried powder, showed positive changes in cognitive function over a placebo. The research, “Dietary blueberry improves cognition among older adults in a randomized, double blind, placebo-controlled trial,” was conducted at the Jean Mayer USDA Human Nutrition Research Center on Aging at Tufts University.

Conducted over a 90-day period, 13 healthy men and 24 healthy women between the ages of 60 and 75 were randomly assigned to receive either freeze-dried Highbush blueberry powder daily (the equivalent to one cup of fresh blueberries) or a placebo powder. The subjects were tested for balance, gait and cognition at baseline, and again at 45 and 90 days.

The results found that the blueberry-supplemented group showed significantly fewer repetition errors compared to the placebo group in the California Verbal Learning Test (CLVT),a neuropsychological test which can be used to assess verbal memory abilities. The blueberry group also had fewer errors on trials when they switched to a new task as part of a task-switching test, compared to the placebo group. Task switching is an important component of executive function, a collection of brain processes that are responsible for guiding thought and behavior. There was no improvement in mobility in either the blueberry or the placebo group.