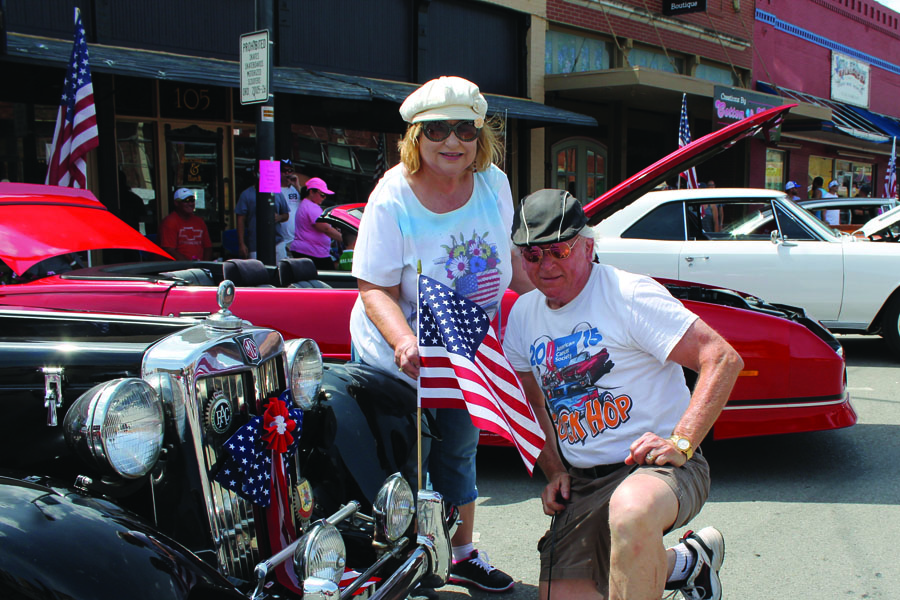 Adding a patriotic flair to their 1953 MG TD replica are Jean and Earl Walker of Garland. The couple entered the MG in the 2016 Bluegrass on Ballard car show. (File Photo)

Live music, a car show, and arts and crafts vendors, are all on tap from the afternoon into the night of Saturday, July 1, at the annual Bluegrass on Ballard celebration in historic downtown Wylie.

The event, which draws an estimated 10,000 people, is a project of Wylie Downtown Merchants Association, city of Wylie and Bluegrass Heritage Foundation.

“What started as the July Jubilee ice cream social more than 28 years ago has materialized as the largest event in Wylie,” WDMA President Jeremy Meier said.

A major change this year is moving the music stage from the middle of Ballard Avenue to Olde City Park, where arts and crafts vendors are located, to accommodate the car show that has grown every year. This will help allow the vehicles to all be displayed on Ballard instead of spilling over to side streets.