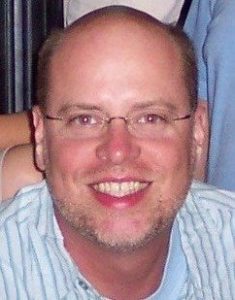 Imagine getting ready for a long trip. You’re packed and ready to go. You arrive at the airport, go through security and check in at the gate. You board the flight and end up flying…the wrong direction.

That happened to United Airlines passenger, Lucie Bahetoukilae, on April 24th. She went to the gate printed on her ticket at the airport in Newark, New Jersey. Her ticket was scanned by a gate agent and she was sent on the plane. She showed her ticket to a flight attendant upon discovering someone in her ticketed seat. The attendant directed her to another seat.

Alongside the gate and seat number, her destination was clearly printed on her ticket as “Charles de Gaulle.” This woman who speaks only French, assumed she was on a flight headed to France. Imagine her surprise when she landed a few hours later in San Francisco!

United Airlines promptly apologized for the mix up, refunded her ticket, and got her on the next plane to France. The next flight didn’t take off until after Ms. Bahetoukilae spent 11-hours at the San Francisco airport waiting for the next flight back home to Paris.

Over a two-day period she spent twenty-eight hours traveling to get home. All because she started by heading 3,000 miles the wrong direction.

Have you ever gotten to the end of a day and felt like you’d be traveling the wrong direction all day? Do you wonder where you’re headed and if you’re even going the right way?

The Apostle Paul certainly had that experience. He started life as a man named Saul. He was well educated and had pretty good credentials to be a member of the “religious community”. In fact, he was becoming a little bit of a rock star for persecuting followers of Jesus. Then Paul had a personal encounter with Jesus (Acts 9) and it changed his perspective, attitude, and life direction.

Later, when considering everything he’d given up to become a follower of Christ – prestige, respect of his peers, a role in the established community – he said everything he’s lost was merely “rubbish”. The word he used in Philippians 3 to describe what a waste those things had been was a fairly vulgar term for waste byproducts.

He had concluded that everything he thought was valuable in life had turned into garbage. He realized those things had no real value if they didn’t lead him toward a relationship with God. They were distractions from truth. They were filler material that led nowhere and amounted to nothing. He concluded that finding the right direction in life was what really mattered.

It’s easy to spend an entire lifetime chasing after things that don’t matter. It’s like boarding the wrong plane and traveling 3,000 miles the wrong direction. We’re just getting farther from our home destination.

Paul needed a vision from Christ along the road to Damascus to recognize he was headed the wrong direction. Lucie Bahetoukilae didn’t know she was traveling the opposite way she wanted to go until she’d arrived at the wrong destination.

What will it take for you to pause and evaluate whether you’re headed the right direction in life? Are you willing to ask, and answer, some tough questions about the choices you’ve been making? Are you prepared to ask someone who cares about you if they think you’re on the right path?

Maybe it’s time to recognize the signs that reveal what way you’re headed. You’ll never know if you’re on the right path until you stop to ask yourself where you want your final destination to be.

For more columns each week subscribe to our print and e-edition here.