Hail no! Walmart closed due to hail storm 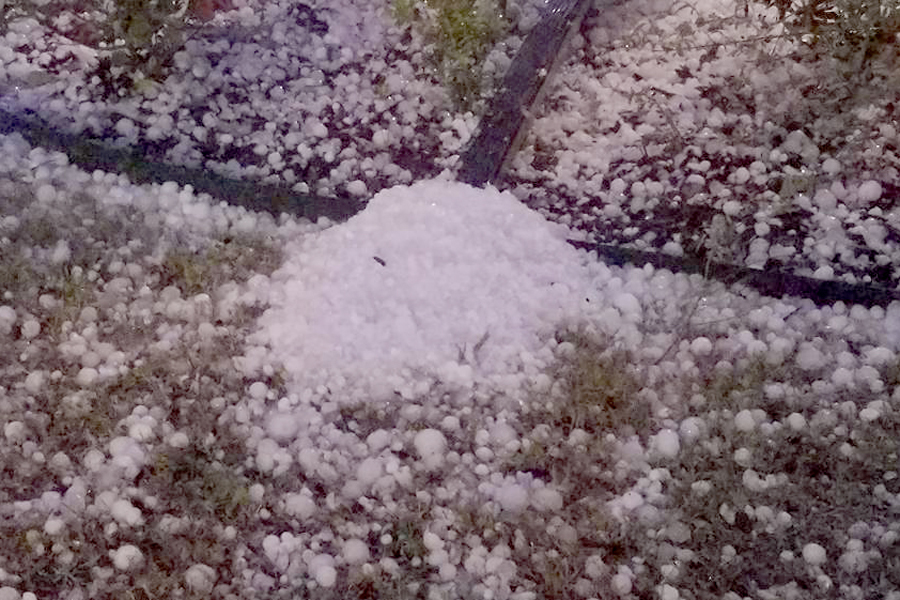 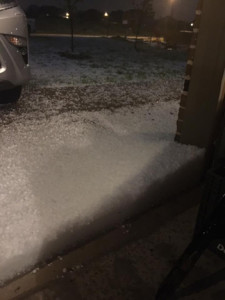 6 1/2 inches of hail piled up at garage door at the Wooded Creek Estates at Lakeside and Sequoia. Courtesy Kelly Compton Rumney. 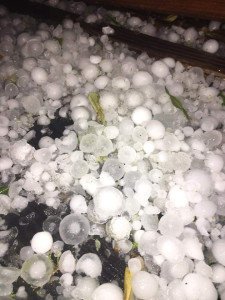 Hail of all shapes and sizes was dropped over the Wylie area Wednesday night. Courtesy of Audry-Billy Cooksey.

Residents and business establishments are continuing to assess damages after a severe storm went through the Collin County area.

In Wylie, the Walmart Supercenter on Hwy. 78 is closed for today, Thursday, March 24. According to a spokesperson for the store, almost every skylight in the establishment is broken. The store is estimated to be reopened within a 24 hour period.

According to Wylie Fire-Rescue Emergency Management Coordinator Debbie Buccino, damage assessments are continuing throughout the city and there are no injuries reported.

“We have been informed that there was damage to residences, cars, businesses and a couple of squad cars were damaged,” Buccino said.

Several calls were answered last night by Wylie Fire-Rescue for power lines down, she said.

The Wylie News office canopy was also destroyed in the storm.

Prior to the hail, a tornado warning was issued for parts of Tarrant County and funnels were sighted, however, no touchdowns were reported. 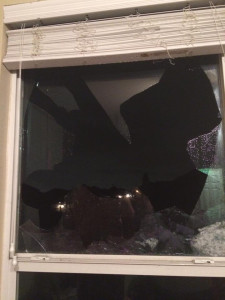 Broken windows are a result of the intense hail storm in Wylie. Courtesy of Tabitha South. 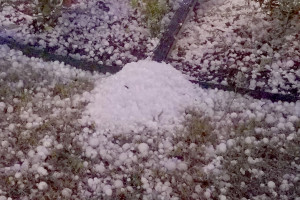 Piles of hail were left behind after a severe thunderstorm plummeted the area with hail March 23. Courtesy of Shiela Etchieson. 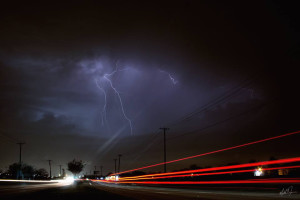 Literally minutes beforethe storm hit, lightning was on display throughout the sky. This photo was taken from the median just west of Kroger on FM 544. Courtesy of Matthew James.