A lifetime of love, faith and DQ 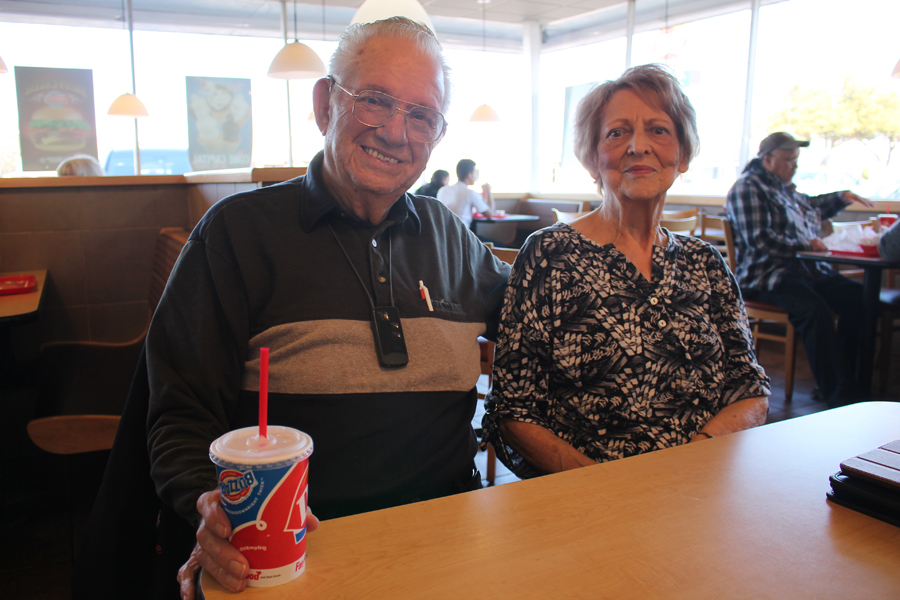 For some devoted locals, the temporary closing of the Dairy Queen in Farmersville has made hearts ache and stomachs growl.

For Gene and Vivian Dotson of McKinney, their love story began in 1952 with a simple sighting at the local hangout, the Farmersville Dairy Queen.

Growing up in the Farmersville and Blue Ridge area, they met, as many couples did, on the downtown square on a Saturday night. But for Gene, his love toward Vivian came quickly as he saw her walking across the parking lot of the Dairy Queen.

“I knew when I saw her that I wanted to marry her,” Gene said, smiling toward the love of his life, sipping ice tea at the McKinney Dairy Queen.

It was later though that the couple officially met with a little help from a friend.

Paul Nix, who was Gene’s best friend, arranged a date for the couple, but didn’t tell Vivian who the date was with. The trickery worked and on Nov. 8, 1952, the couple exchanged wedding vows in a simple Justice of the Peace ceremony in McKinney.

Only 16-years-old, Vivian needed her parents Woodrow and Vera Davis’ permission to marry Gene, who was 19 at the time.

“They gladly gave it,” Vivian said. “They loved him.”

Often, she said, when they disagreed, her own parents would take Gene’s side.

Once married, Vivian came wanted to finish her education in Blue Ridge but married women were not allowed to attend school.

“I had friends and teachers that stuck up for me and asked the principal that I be allowed to finish,” she said. She completed high school, graduating from Blue Ridge High. Eventually she began working in a factory located in Farmersville that made fatigues.

Professionally, Gene has been a mechanic throughout his life and served in the Army for two years shortly after Pearl Harbor occurred. He was stationed at Ft. Hood in Killeen. Gene later went on to have a church ministry, which kept the couple and their family very busy.

Though the couple moved a lot due to jobs and Gene’s ministry, Farmersville and Blue Ridge always remained home to the couple and their family. 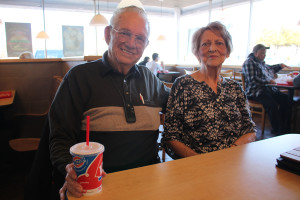 Gene and Vivian Dodson have many great memories of the Farmersville Dairy Queen, and after more than 60 years of marriage the couple plans to enjoy banana splits and chicken finger baskets when the eatery is reopened.