Raiders to face Lovejoy in fight for first in 10-5A 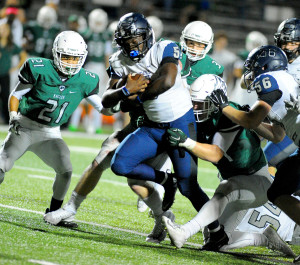 While the Raiders may have survived by the skin of their teeth, the victory counts just as much in the win column as a 30-point rout.

More importantly, it improved East’s record to 3-0 in District 10-5A and tied them with Lovejoy for first place. That’s a team the Raiders have never defeated, and one which they’ll host 7:30 p.m. Friday at Wylie Stadium for Homecoming.

“Being 4-0 is the only thing we’re focused on,” head coach Joe Lepsis said. “We’ve got the chance to be 4-0 in the district. That’s really all we’re going to focus on this week.”

(To view the entire article, check out the Oct. 14 of The Wylie News)

Two consecutive days with no COVID related deaths reported. The Texas Department of State Health Services released updated COVID-19 information for Mar. 8. All counts, except for hospitalized cases, a
View on Facebook
· Share

Dallas County Health and Human Services reported 27 deaths and 500 additional confirmed cases of COVID-19 for the past two days on March 8. The county has reported 3,149 total deaths to date. The tota
View on Facebook
· Share

The Texas Department of State Health Services released updated COVID-19 information for Mar. 6. All counts, except for hospitalized cases, are compiled from the TDSHS website. State officials listed f
View on Facebook
· Share