This past Saturday at home, the Pirates sailed to No. 3 with a dominating performance in the Dustin Rodriguez Run. Wylie, which had its five runners finish in the top 15, scored 33 points to finish well ahead of the competition.

“It’s three things,” Wylie head coach Brad Scoggin said of his team’s success. “It’s how committed they are. It’s how much they love each other, and it’s how much they are willing to sacrifice for each other. I have never had more fun in 24 years of coaching than I do right now.”

(To read the complete story, check out the Sept. 23 edition of the Wylie News) 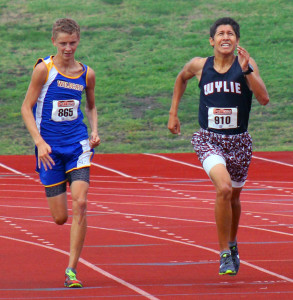