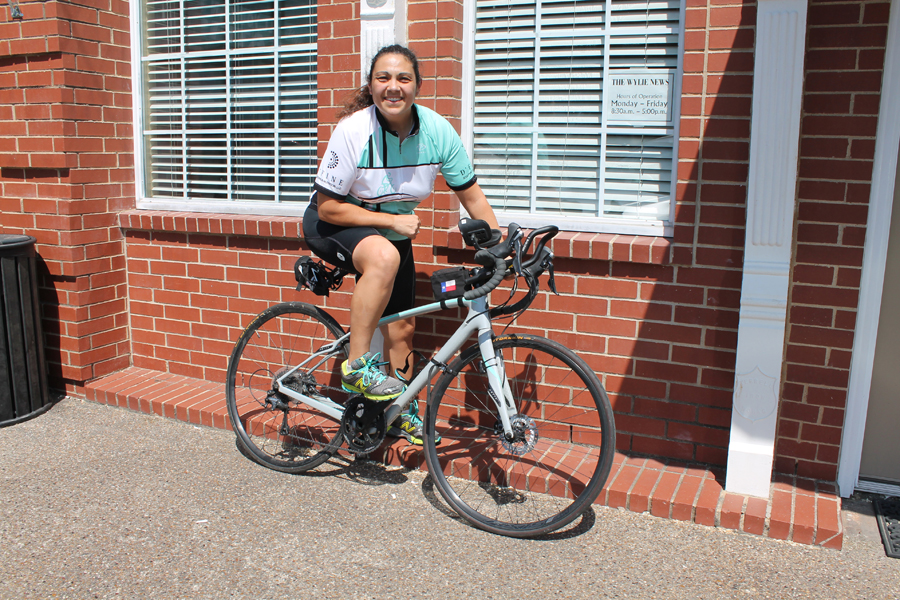 In order to draw attention to childhood obesity and its dangers, cyclist Danielle Girdano will set out in September to ride Route 66 from Chicago to the Santa Monica Pier and establish a new record time.

Cyclist to ride Route 66 inspiring others

As part of a lifestyle promoting healthy choices, Danielle Girdano of Nevada hits the highway next month seeking to set a second world record since she gave up a sedentary lifestyle as an unhealthy woman weighing 400 pounds.

She has spoken with the woman who currently holds the record, a German, and says the record holder is confident her mark will stand. The Nevada rider sees things differently.

“I feel confident and I feel good,” she said. “I want to show that you can come full circle.”

Underlying motive for making the Route 66 ride is to draw attention to the perils of childhood obesity and bullying, both of which the cyclist endured in her younger years. Although she played sports as a child, by the time she was 29 years old Girdano found herself at 396 pounds, smoking two and a half packs of cigarettes a day and running short of breath while climbing a short flight of stairs.

“I remember the moment I made the decision that I was going to make a commitment to myself because no one else could do it for me. I needed to make a change for my health and my self-esteem,” she said, pointing out that she was not ready to die. 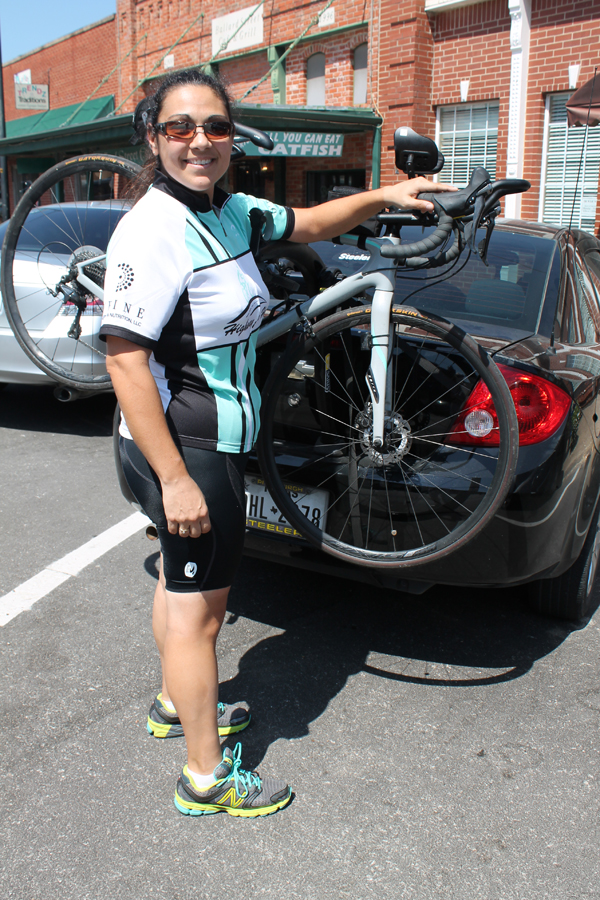 Through diet and movement, she dropped 100 pounds before ever stepping into a gym, and when she did she was introduced to a spin class. From that point, her focus turned to cycling as a main form of exercise. It took 2-3 years to get down to her current weight of about 168 pounds.

As she was shedding pounds and getting into physical shape, much of it by instinct, Girdano decided that she wanted to know what worked best and started studying health and nutrition. She is now a certified master personal trainer, owner of D’fine Sculpting and Nutrition, sits on the personal training advisory board of The Cooper Institute in Dallas and is a motivational speaker, among many other accomplishments.

In 2010, the fitness expert set a world record by riding the 2,100-mile Prairie Spirit Trail in 31 days, three days quicker than the old record. The trail runs from Canada to Oklahoma and had only been completed by two people before Girdano’s successful attempt.

And, her mark would have been faster if she had not wrecked near Bentonville, Ark., and lost time with a dislocated shoulder.

Since setting the record on the Prairie Spirit Trail, Girdano looked around to find a new challenge and settled on riding Route 66, a goal for which she is extensively training for six months. Area residents may catch her riding the backroads of Collin County, logging about 550 miles per week on her custom bicycle.

Although it will be just she and a pace driver on the road, the cyclist will be backed up by a team at home that will help her monitor diet, vital signs, weather, daily mileage and any number of details. For example, wind speed and direction affects riding position, speed and rest stops needed.

“Cycling is a sport of millimeters,” she said. Her bicycle features a carbon fiber frame to reduce weight, 27 gears, handlebars allowing four riding positions and disc brakes that work in wet conditions.

She will be wearing a monitor that measures calories burned and can adjust her daily diet accordingly. In addition, the 37-year-old plans to take a variety of clothing to accommodate changes in weather, such as the Midwest cold and rain along the route.

The ride route has been submitted to World Cycling Federation for approval and will be marked on global positioning satellite equipment to ensure that the route was followed.

Route 66, The Mother Road, was opened in 1926 and decommissioned in 1985 as it was replaced by the interstate highway system. Parts of the old road no longer exist so the route runs as closely to path of Route 66 as possible.

Girdano is looking to depart Chicago on Sunday, Sept. 20, depending on weather. The Sunday departure is planned to avoid workday traffic in the Windy City. She noted that three cyclists from Great Britain are departing a few days before her riding a 3-person tandem bicycle and that she would like to catch them, although it is not a priority.

Riding for a new world record, while being another personal accomplishment, is a means to draw attention to encouraging people to adopt healthier lifestyles before they have irreparable damaged themselves.

“What if we can get to people before a catastrophic event,” she asked?

One of those catastrophic events is teen suicide. Girdano pointed out that there is a direct correlation between childhood obesity, bullying and teen suicide.

“Here in North Texas, we’ve had a rash of teen suicides,” she said.

Childhood obesity, Girdano noted, takes two harmful paths, children may battle health damaging bulimia or anorexia attempts to stay slim, or they may become morbidly obese. She noted that in recent years, people have become more comfortable with being overweight and their health has suffered.

The Route 66 ride will be tracked daily on www.highwaysforhealth.com, a web site that promotes healthy lifestyles. Proceeds from the ride will go to help fund Highways for Health initiatives that include fitness programs, community gardens, educational materials and children’s bicycle giveaways.

To register for the bicycle giveaways, children must sign up on the web site and log their daily physical activity.

“One of my hopes is that we inspire someone,” Girdano declared.