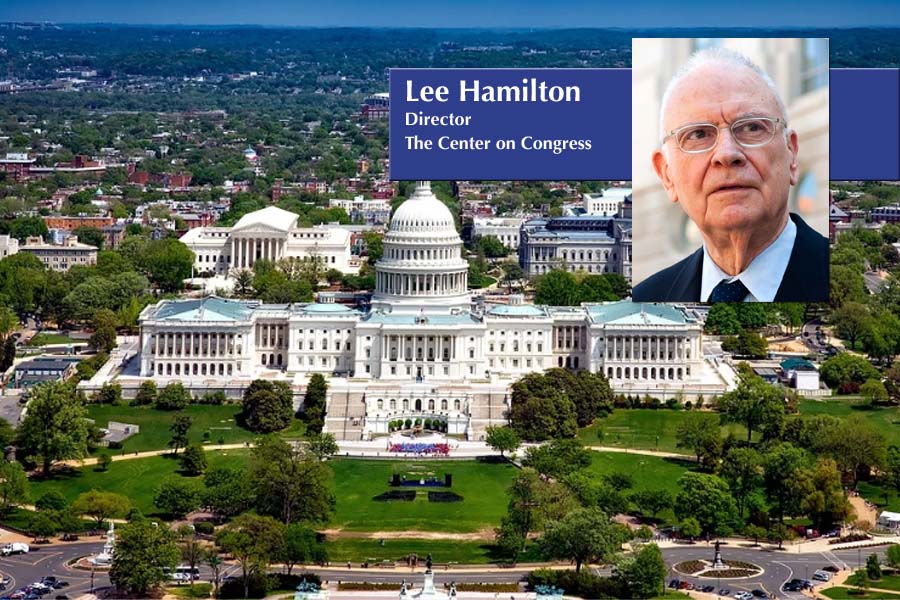 No matter how hard we try, we really can’t avoid one another. We live in a world where what takes place somewhere else on the globe has a very good chance of affecting us, along with many others.

The pandemic, of course, is a useful – if sobering – example. A virus that infected humans in one city in China spread with breathtaking speed around the world, beyond the power of governments, or anyone else, to stop it.

Not surprisingly, the forces of globalization generate benefits, challenges, and difficult problems, all of which must be confronted, often simultaneously. Take, for instance, nuclear proliferation. It’s dropped out of the headlines but stopping the spread of weapons of mass destruction is an ongoing priority for any U.S. administration and the world. Even with major international agreements in place for the last half-century, nine countries have nuclear weapons (three since the Nuclear Non-Proliferation Treaty went into effect). It was once feared there would be many more, so U.S. and international efforts have been successful; still, a number of countries are on the cusp of developing nuclear weapons.

Similarly, global migration brings both opportunity and difficulty. It’s estimated there were some 280 million migrants in 2020, 50 million of them in the U.S. alone. This can bring enormous benefits in the innovation, talent, and drive that many immigrant workers possess. But there’s no denying that it also causes disruption, both social and economic, and it will remain a domestic political flashpoint for as long as the U.S. remains an attractive destination.

You can also see an example of our interconnectedness and the issues it raises whenever you go to a shopping mall. All countries need something from other places, whether it’s food or cars or watches or clothing. Economic theory likes this; countries specialize in making certain things more cheaply and efficiently, and they import the goods that others produce more efficiently. Open trade allows every country to do what it does best. But to factory workers thrown out of their jobs or farmers facing stiff competition from overseas, the details matter a lot. This is why trade talks go on constantly among nations and trade is always high on the list of domestic political issues.

Let’s take one more example. Overall, global health is probably better now than it has been in the history of the human race. We’ve seen much improvement in health and medical care, in prevention and diagnosis, in technology, medications, education, and nutrition. But there’s a basic fact facing the globe: The world’s population is exploding. The 8 billion people who live on the planet are twice the number of just 50 years ago. The U.N. expects growth to level out, but still projects a world of 11 billion people by century’s end. As the COVID pandemic has taught us, health issues faced in any part of the globe can affect us at home at any moment.

None of this is to say that globalization won’t see hiccups. There’s intense political pressure to erect barriers, both in the U.S. and in other countries, from segments of the population that haven’t seen globalization’s benefits, only job losses and cultural change. And the pandemic has induced a lot of countries not just to look inward at their health systems, but to recognize that a globalized supply chain leaves them vulnerable to shortages at critical moments and globalized travel demands greater scrutiny. Still, whether we like it or not, we’re all inter-connected; the challenge is to make it work as well as possible for all of us.

By Lee H. Hamilton, Director of the Center on Congress at Indiana University. He was a member of the U.S. House of Representatives for 34 years.

END_OF_DOCUMENT_TOKEN_TO_BE_REPLACED

Roughly one in four American workers has filed for unemployment since the pandemic began. To stem the historic tide of unemployment, policymakers quickly put together a series of legislative packages to help companies keep their workers on payroll. An often-overlooked...