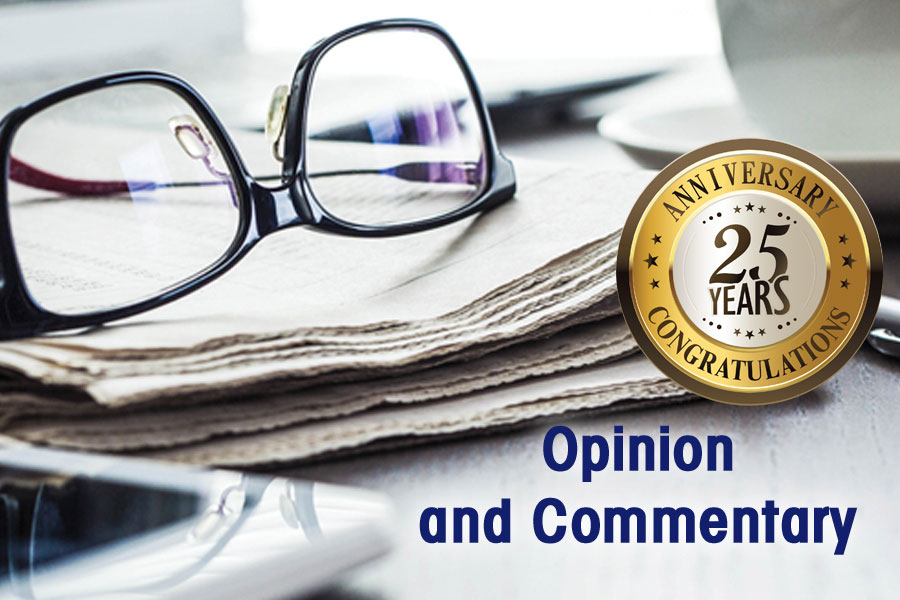 For me, September 14, 1993 is a day to remember. Not only is it my birthday, it is the day that Chad Engbrock, my husband, took over ownership of The Wylie News.

A piece of history was purchased, signifying the end of a decades long reign of newspaper ownership by a community leader and the beginning of entrepreneurship for Chad. He was ready to make his mark as editor and publisher at a community newspaper that dated back to 1948.

Wide-Awake Wylie was a small town back then, just under 9,000 people. Many grew up here and often never left. If you weren’t from Wylie, you were labeled an outsider.

That didn’t matter. Chad had a business to run and playing politics wasn’t something that held his interest.

The original office on Oak Street is long gone, a distant memory of simpler times. With progress came more employees and the need for a bigger space. The office at 110 N. Ballard Avenue was purchased and the News continued to be a bustling hub of information.

Neither the downtown fires in 1998, nor the hailstorm in 2016 caused the paper to miss an edition. A stickler for deadlines, Chad would find a way to get it done.

Technology advanced at a fast pace. Printing techniques, photography and production are not the laborious task they once were. Chad kept pace and refused to be obsolete, making sure the employees had whatever they needed to get the job accomplished efficiently.

Owning a paper in a small town is not for the weak of heart, or those seeking popularity. As a publisher and editor, Chad is passionate about fair and balanced reporting as a responsibility to the News’ readers. One of his first moves as publisher involved eliminating anonymous letters to the editor. They caused controversy and divisiveness. There’s a reason why most papers won’t print them, except of course, The New York Times.

Controversy comes calling whether you want it or not and the News has not been immune.

Births, deaths, sports and community events have been faithfully recorded for the last 25 years. Thanks to Chad’s partnership with the local library and an area university, past editions of it are archived and available through the Portal to Texas History, a project of the University of North Texas.

Headlines and bylines have changed, employees have come and gone and columnists have been replaced over the years.

There are no long lunch hours, extended vacations, or preferential perks associated with owning a community paper.

Chad’s hands-on approach with the day-to-day operations of The Wylie News have made it possible for the paper to continue its ongoing history book despite adversity and competing media platforms.

Large egos have no place in community newspapers and no job is too big, or too small for a publisher. Council and school board meetings, writing stories, taking photos, giving Boy Scout tours, cleaning toilets, selling ads, repairing computers and whatever else needed to be done, he did.

Nationally, media skepticism and “fake news” may have a place, but not in Wylie, Texas.

Thanks to Chad’s grit and determination, September 14 is a reason to celebrate The Wylie News as a staple in the YOUR community.

As his mantra goes, “Every community deserves the best newspaper it can afford.”