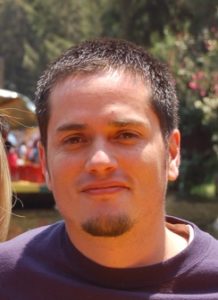 As I sit at Starbucks, I’m remembering a TV show I love called Chuck (2007-2012, NBC). If you haven’t seen it, it’s a show about a young “computer geek” that downloads government secrets to his brain and two government agents are assigned to protect and exploit this knowledge, turning his life upside down (to paraphrase the IMDb).

This show had all the ingredients that make a great story – a likeable protagonist named Chuck (Zachary Levi), twist and turns, wonderful characters, tension and so forth.

One key element in any good story is that the protagonist will want something but the twist and turns keep them from getting it. They usually get to a point where they want to give up, but they push through. The climax of the story is when this character gets what they want or something better. When they don’t get what they want, that’s called a tragedy.

Throughout the show, Chuck pursues his dream girl named Sarah (Yvonne Strahovski). It’s this part of the show that rightly gets the most attention.

If you were to ask watchers of the show what Chuck wanted the most, “Sarah” – would blurt right out as we flashed through a hundred scenes in our mind. But, if the person who asked tilted their head, raised their eyebrows and said with a sly smirk – “Are. You. Sure?” we’d probably be forced to give it more thought.

Upon further reflection, we might remember the time Chuck had the opportunity to run off with his Sarah, but didn’t. We’d think about how many times he’d put his life on the line for people, other than Sarah. And we couldn’t stop before spending time considering how Chuck, the self-conscious, underachiever just wanted more out of life.

Now, I didn’t create the show but, from my vantage point – I’d have to come back to Mr. Smirker (probably not his real name) and say something to the effect of, “Sarah wasn’t what he most wanted! What he wanted was to be the person he was meant to be. If he became this, he’d have the impact he was created to have, those he loved would be taken care of and he’d ride off into the sunset with Sarah.” Applause would likely follow.

Okay, at this point, you might wonder, “What’s this have to do with me bruh?” Well, quickly anwser this – What do you want in life? Does it have to do with money? Career? A person? A circumstance?

Imagine you’re sitting here at Starbucks and you look at me (see me as a cross between Thor and Captain Jack Sparrow – only very different). Picture that, after your answer, I tilt my head to the side, raise my eyebrows and give you a sly smirk while saying, “Are. You. Sure?”

Forced to reflect, you might wonder if what you want is really what you want. I have a thought…maybe, you want what Chuck wanted?

What if you what you want is to be who you were created to be and that everything else would flow from that? That resonates, doesn’t it? Now picture me standing up from the table, having to leave. “Thor, I mean Captain, I mean Ray – we’re just starting. Where do I go from here?”

Well, if I had time to tell you just one thing, I’d say, “How about you seek the Lord? He is the one who created you in a specific way for a specific purpose? He has the answers you are looking for?”

What if this suggestion, while you might have shrugged if off in the past, is stirring something inside of you? What if you want to but don’t know where to start. My suggestion, just start and He’ll work out the rest. He’s cool like that. “But where?”

Listen, this is your story and your first step is between you and Him. The good news is that the Lord has this thing where if you authentically seek Him, you’ll find Him. But you’ll have to ask yourself if that’s what you really, really want. To me, it sounds like the beginning of a great story.