Lead us not into temptation 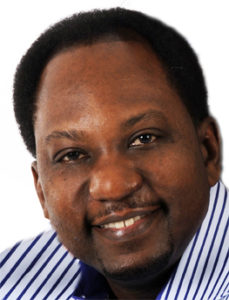 Growing up as a child there were some fundamental things that my parents instilled in us. In addition to being mannerable and respectful to adults, we were also required to know some Bible basics. Two of those basics were the Ten Commandments and what is commonly known as the Lord’s Prayer, which we had to commit to memory. I can vividly remember the awe and excitement that I felt every year around Easter time when the movie ‘The Ten Commandments’ came on television. We would huddle around the 21-inch screen for two nights watching Charlton Heston at his best.

But I must admit that while growing up into adulthood, there was a part of Jesus’s model prayer that made me think a little…it just didn’t sound right. It’s the part found in verse 13 of Matthew chapter 6 when Jesus said ‘and lead us not into temptation, but deliver us form the evil one’.  It was strange to me that I had to ask God not to lead me into temptation. Why would God want to lead me into a place where I would be tempted to sin? This was puzzling to me.

My misunderstanding stemmed from the word ‘temptation’. When this word is used we immediately think of being enticed to evil. But looking at James chapter 1 revealed something about the word ‘temptation’ that most people do not consider. James writes in verse 12a, ‘Blessed is the man that endureth temptation.’  The word ‘temptation’ in its original language can be translated ‘test’ or ‘trial’. So really James is saying, ‘Blessed is the man that endureth trial’. But the very next verse (verse 13), uses the same word (temptation) with a different meaning. James writes, ‘When tempted, no one should say, “God is tempting me.” For God cannot be tempted by evil, nor does he tempt anyone…’. This time the word is used to describe the enticement to sin. The same word is being used but in an entirely different context. This helped me to understand the words of Jesus in Matthew 6.

Trials and seduction to sin are not the same, but are closely related. Trials can influence us to the point that it may entice us to sin. We know that God will never entice us to sin…that’s not the nature of God. But we also know from James that it’s a blessing to endure trials, and these same trials can lead us to sin…how do we make sense of the two?  When Jesus tells us to pray ‘and lead us not into temptation’ He’s telling us to pray that we don’t have more tests because even though the tests can make us strong, we don’t want them all the time…we may become weary and fail.  Just like in school, the tests were good for us because it showed our strengths and weaknesses concerning our knowledge of the subject, but we didn’t pray for tests all the time…as a matter of fact, we prayed just the opposite! It’s the same way with God.

Though God would never entice us to sin, He can very well lead us to a place where temptation lies. I know this may be hard to believe, but it’s true. Even Jesus Himself was led into the wilderness by the Spirit to be tempted by the devil (Matthew 4:1). See, God allows us to be in a place where temptation is strong and could possible overtake us so that the posture of our hearts can be revealed. Jesus was offered the kingdoms of this world if He would bow down and worship Satan, but He refused. Jesus chose to do the right thing, it exposed the posture of His heart because it was more important for Him to obey God than to gain riches and power.

So, the next time you pray a prayer like the model prayer that Jesus gave us, just remember two things: first, that you’re not asking God to not entice you to sin, but rather that your trials would be minimal so that you would not become weary. And secondly, that whatever trials you may face, God can use them to show and strengthen the posture of your heart for His glory. Now you can pray with confidence and understanding.