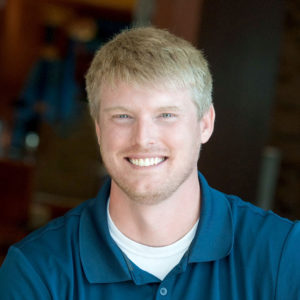 Let’s talk about sex. Just saying the word in the public sphere makes palms a little sweaty and faces a little flush. Hardly anyone apart from a few amoral comedians seem to be in their zone when breaching the topic. From middle school locker rooms to bridge clubs, try to steer the conversation to sex and you’ll either get a few uncomfortable laughs or deafening silence! Trust me I can sympathize. Even now as I write the temperature in my home has gone up a few degrees. What’s up with that?

A pastor I once heard about was feeling convicted he wasn’t preaching more on the topic and committed to God that the next opportunity he had to talk about sex he’d take it. Well sure enough a lady from the women’s bible study stopped by his office and meekly said the ladies wanted to know what the bible has to say about sex. Immediately feeling overwhelmed and under qualified, he kicked himself for his previous prayer, but made good on his commitment to the Lord and said yes. A few weeks later the engagement came and the pastor’s wife asked him where he was going? Too embarrassed to share with his wife he just blurted out, “oh, the ladies bible study wants to know more about horseback riding.”

The next Sunday at church one of the ladies from the bible study approached the pastor’s wife to share what a great job he’d done on his talk and his wife was shocked. Still thinking about horseback riding she said, “He’s only done it twice and the last time he got pretty injured!”

We can chuckle at the situation because we’ve all experienced the uncomfortableness and confusion in talking sex. Perhaps you’re a recent graduate and you can remember “the talk” with your parents or maybe you’re a parent and you remember stammering through “the talk” with your kids. Few subjects are more challenging to communicate!

There’s so much baggage we bring to the conversation from our culture and past experiences that honestly speaking we’d rather just duck and run. Most often that’s exactly what we do which is unfortunate especially for those who bend to God’s better way. When we bow out of the conservation and allow culture the opportunity to be the primary voice something so beautiful and deeply spiritual gets promoted in such a tragic way.

There are many casualties that occur when the culture at large is given all the airwaves on the topic of sex. Singles, married couples, and worst the next generation are bombarded with false expectations and misinformation but perhaps the most damaging of all is the false theology of sex we as Christian leaders allow to run awry in the hearts and minds of those we lead. Our silence purports a suppression type mentality that sex is bad rather than something beautiful to be stewarded in a godly way. God’s design for sex between a man and a woman in marriage is one of God’s greatest gifts uniting two individuals intimately together physically and spiritually forming a unique bond of the soul. Genesis 2:24 says, “Therefore a man shall leave his father and his mother and hold fast to his wife, and they shall become one flesh.” No shame, no guilt but a true intimate connection soul on soul. Now that’s soul sexy!

There are many cheap imitations in the world today from the internet to the “hook up” culture that promise a short cut to intimacy but only God’s way fulfills what sex was meant to be: a connection of souls. God wasn’t being mean when He gave us His design for sex. He was sharing with human beings how to experience sex in the very best way! Rather than suppress sex and allow the culture to have the only say I hope you’ll join me in elevating God’s design for sex in our homes and communities. Let’s not resort exclusively to telling the next generation and those we care about to “not do” this or that; let’s elevate and celebrate God’s better way!

For more columns each week subscribe to our print and e-edition here.