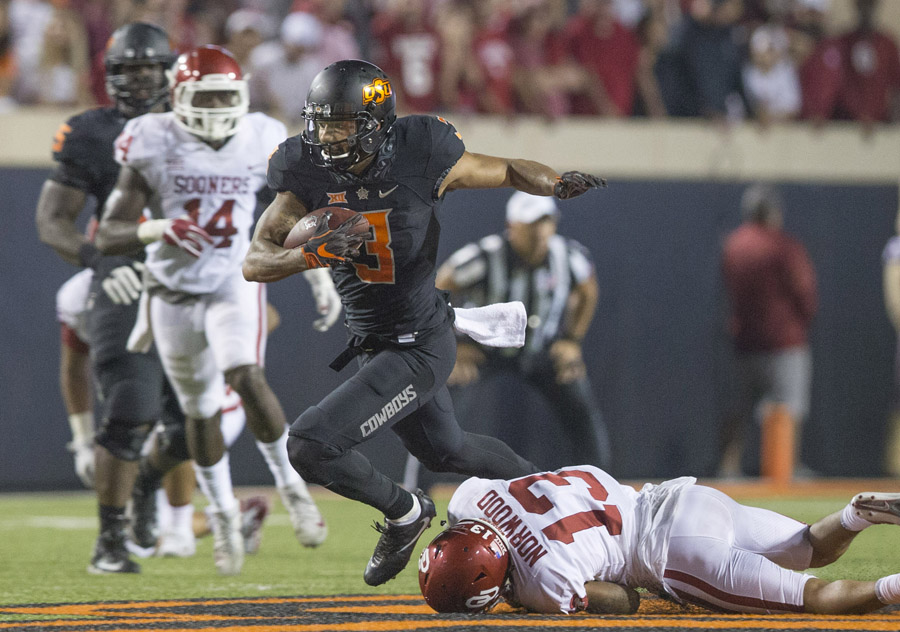 Oklahoma State's Marcell Ateman, a Wylie East graduate, gets past a Oklahoma defender during a Big XII game at Boone Pickens Stadium in Stillwater.

WE trio looks to be drafted into NFL ranks

The ultimate goal for every athlete, no matter the sport, is compete at the professional level.

There will be seven rounds with the Cleveland Browns picking first and with the final pick at 256 is the Atlanta Falcons. For those not drafted, they can be picked up as a free agent.

The former Raider was a five-year member of the OSU passing attack. He missed the 2016 season with an injury.

He had eight touchdowns, averaged 18.3 yards per catch and had 13 receptions for 20-plus yards.

Ateman closed out his senior season in 2017 by helping OSU to a win in the Camping World Bowl in Orlando.

He caught five passes for 107 yards, second to fellow senior James Washington. The later had 126 yards on five catches and a touchdown.

The 6-4 220 pound Ateman, signed with the Cowboys in 2013 after a stand out multi-year career at Wylie East.

For the full story see the April 25 issue or subscribe online.