Community gave state-ranked Argyle all it could handle

PROSPER — Community gave state-ranked Argyle all it could handle during the area round of the Class 4A Region II playoffs.

However, in the end it just wasn’t enough as the state runner-up Eagles came away with 5-3 and 9-2 wins.

Argyle advances to take on Sanger in a best-of-three quarterfinals series at Denton Ryan.

Community finished the year 11-8 overall and 7-3 and second in the District 12-4A standings.

They opened the playoffs with an 11-0 win over Dallas Wilmer-Hutchins in the bi-district round.

“We had a great year,” head coach David Allen said. “Going from last in district to finishing second, being bi-district champs and more than holding your own against last year’s state runner-up.”

Below is a breakdown of how the series at Prosper played out.

The Braves started off the bottom of the first inning with a Dakota Ebarb double off the left field wall on the game’s first pitch.

He moved to third base on a Connor Wiser hit and Yousef Rizkalla drove in Ebarb with a sacrifice fly.

The Braves scored once more on a throwing error for a 2-0 lead.

Argyle looked to counter in the top of the second, getting back-to-back singles. Wiser recorded three straight strike outs to shut down the threat.

The Eagles cut the lead 2-1 when Hunter Markwardt singled and stole second base, and then came home on a Tanner Boyzwick double off the left field wall.

They tied the score up a Cutter McDonald triple and went up 2-1 on a passed ball that brought in McDonald.

Argyle extended its lead to two runs in the fifth.

McDonald doubled and Ryley Balch legged out an infield single.

An attempted pick off at first base resulted in an error and McDonald scored.

Community tacked on a run to cut the margin to 4-3 in the bottom of the fifth.

Argyle scored the game’s final run in the seventh on Danny-David Linahan’s single.

Argyle struck first when Markwardt drew a walk, stole second and third, and then scored on a wild pitch in the bottom of the first inning.

Community tied the score at 1-1 in the top of third.

Wiser worked a walk and moved over to second on an error, and then scored on a Cornelius single.

They went up one (run) on a Jordan Graham single.

In the bottom half of the inning, Argyle’s Boyzuick and McDonald earned back-to-back walks.

The Eagles went up by a run on a Balch single, with McDonald touching home plate.

Watson Timmons made the score 4-2 on a run-scoring single.

Argyle tacked on two more runs in the fourth and three in the fifth inning for the series sweep.

Collecting RBIs in the fourth were Markwatdt (single) and Boyzquick (fly out).

Cole Hogan took the loss and Ebarb connected for a double, with the team finishing with seven hits.

AUSTIN – Tay Madkins competed in the 4A state track and field meet at Mike A. Myers Stadium.

The West Texas A&M football signee finished eighth in the long jump with a distance of 21-03.75.

He made it to state after finishing second in the 4A Region II meet.

Advancing to the July 10-11 state tournament at College Station were host Princeton and Celina.

END_OF_DOCUMENT_TOKEN_TO_BE_REPLACED 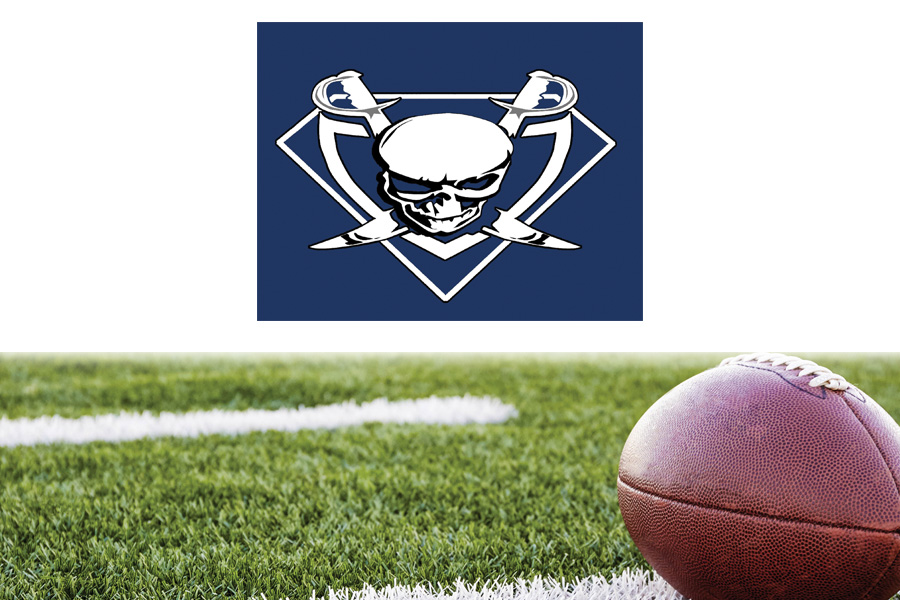 Things were looking good for Wylie East in the first half, with the Raiders leading 21-0. This early lead wouldn’t hold, however, as Wylie East (0-3, 2-4) surrendered 28 unanswered points to lose to McKinney North (2-1, 3-4) by seven points at Wylie Stadium. Play of...

END_OF_DOCUMENT_TOKEN_TO_BE_REPLACED 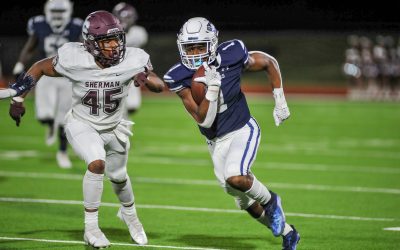 The Raiders head into week five looking to return to winning. Wylie East started district play with a loss to Sherman. The Raiders travel to Longview for their first road district game against the Eagles tomorrow night. Here are three keys to a Raiders victory this...

END_OF_DOCUMENT_TOKEN_TO_BE_REPLACED 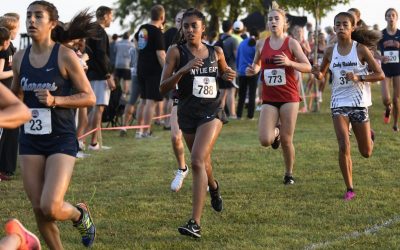